Is the Music Industry Working With Incomplete Data? WARM Says the Radio Picture Is Glaringly Absent 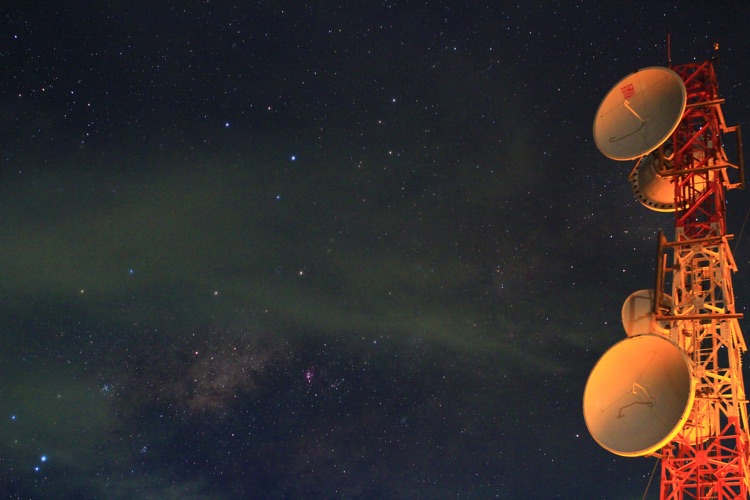 Back in 2015, WARM founder & CEO Jesper Skibsby managed Few Wolves, a two-piece Danish act. Under Skibsby’s direction, Few Wolves signed a contract with a major record label and released two singles: “Smile” and “Never Know,” both of which, admittedly, didn’t live up to commercial expectations.

In the wake of this rough domestic debut, Skibsby felt that Few Wolves had become a secondary priority for its record label — that the group had taken a back seat to many other artists.

And predictably, Skibsby was riveted to find (mostly by chance) that Few Wolves’ singles were being heavily played by a prominent, well-known radio station in Poland. The inability — or unwillingness — of his clients’ record label to detect and capitalize on these plays gave way to frustration and, eventually, an idea.

Now, after multiple years, much planning, and a substantial amount of work, Skibsby’s vision has come to fruition as the World Airplay Radio Monitor (WARM), a Sony-backed global radio-tracking platform that enables artists and labels to see when — and where — their songs are played. With 10,000 tracked radio stations in the U.S. and 30,000 tracked stations around the world, in every nation except Mongolia and Greenland, WARM is the first truly international radio-monitoring solution.

But WARM is saturated in bigger markets, across all major continents and countries. Accordingly, Skibsby is hopeful that his quickly growing company will help up-and-coming acts — even those that have signed with major labels — to avoid missing out on owed royalties and significant exposure. In an immensely competitive music landscape, Skibsby says it’s simply imperative that artists capitalize on every advantage available to them.

Music and tech are evolving at an insane rate — but has music data lagged behind?

From the internet to digital formats and smartphones to content-sharing services, to say that the last two decades have ushered in profound technological and music industry changes would be an understatement. But while the ways artists make music and the ways fans access music have evolved, Skibsby says music data has generally failed to keep pace.

Part of the problem is the extreme skew towards streaming. Today, the music business predominantly studies and builds upon listening data from platforms like YouTube, Spotify, and SoundCloud; these and other digital-streaming statistics are useful both in terms of measuring an artist’s reach and better gauging the preferences of fans.

Even so, it’s important to bear in mind that contemporary datasets are still being constructed — meaning that, in many ways, modern statistics overemphasize easily obtainable (streaming and on-demand) listening figures while they have failed to wholly encompass those of traditional radio due to unavailability, accuracy and similarly actionable expectations for the decision-maker.

And with more than 90 percent of the United States and the United Kingdom still tuning into radio stations (not to mention large shares of other countries) on a weekly basis, the value of precise data cannot be overlooked.

“It’s not about radio vs. streaming,” Skibsby told us. “It’s about radio AND streaming — it’s just limiting to look at only one thing instead of looking at multiple data sources.”

Unfortunately, existing radio-monitoring services do much to compound the problem.

Skibsby says that reliable radio data is typically limited by geography, with regional information often coming at exorbitant costs. Furthermore, the data is typically only available to big B2B clients, and not the majority of the music industry (or at least the new definition of the industry post piracy). When faced with the prospect of gaining possible royalties and benefits from expensive radio statistics for a considerable upfront price, the vast majority of rising artists have no choice but to do without the knowledge; those who possess the required funds have too much to lose, and in any event, few are equipped with the demanded liquid capital.

Finally, the music industry’s limited radio data can have a pernicious effect on the dependability of statistics — at the expense of artists. Many inflate and otherwise manipulate streaming play counts, and traditional radio is mainly exempted from such alterations. In coordination with the fact that one streaming-platform play is usually enjoyed by a single listener, and one radio play reaches an abundance of listeners, the perks of accurate radio airplay data can be tremendous, especially for understanding new markets and fanbases.

In a sense, trustworthy radio stats are a more precise indicator of what’s happening. Traditional radio plays are just a harder game.

WARM is now aiming to optimize music’s radio data and address each of the above-described deficiencies.

First, WARM’s real-time radio-play information (appearing within 15 to 60 seconds of the actual broadcast) does well to complement streaming stats and paint a truly complete picture of an artist’s appeal in a specific market. As mentioned, streaming is manipulatable and chiefly indicative of solo plays; additional streaming plays are irrefutably positive, but additional radio plays could signify an artist’s breaking into a brand-new market.

In a similar sense, WARM’s role as an auditing tool is significant; the more oversight artists, record labels, and management teams have over catalogs and play stats, the more control they’re able to exercise over their music’s direction. WARM can verify — or disprove — radio-spin counts, the numbers set forth by other (possibly less precise) tracking services, and even the supposed accomplishments of radio-promotion teams. As longtime industry professionals (and acts like Few Wolves) can attest to, failing to double-check and verify is akin to leaving money and potential on the table.

“Those stories are out there,” Skibsby told us. “Just because you’re in Toronto doesn’t mean your music isn’t traveling around the world.”

Between saving artists time and money by affording them the insight to pass up on likely fruitless stops, to doubling down on lucrative cities that would otherwise have been missed, WARM allows artists and their teams to fundamentally alter the way they tour.

By the same token, regardless of an artist’s popularity or location, WARM makes it easier to learn of and utilize breakout radio performances in all corners of the globe. Music is a decidedly international medium, and like Few Wolves, every independent artist has the potential to establish a foothold abroad. The trick is benefitting from international opportunities when they present themselves.

Lastly, A&R professionals can use WARM to gain a better understanding of how an artist is generally performing and in certain markets.

WARM enables users to track any artists’ music for the same fee, not simply catalog under the account holder’s control. More than a few acts have achieved local radio success before making it big, and in a day-and-age when scouting efforts are more competitive than ever before, an edge like WARM could be the difference between uncovering tomorrow’s superstar and missing a once-in-a-lifetime chance.

It stands to reason that the music industry’s ongoing revolution should be accompanied by an equally sweeping series of changes in radio data and listening statistics. WARM has created a useful and effective low-cost solution for the modern artist, something that has been sorely missing in the music industry.

“It should be easy and equally affordable for all to access global radio data,” Skibsby told us. Indeed, that’s the very underpinning of WARM’s model.