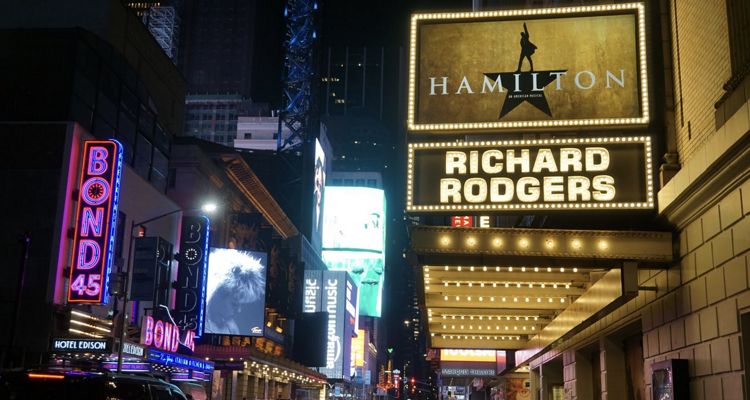 The total shutdown of Broadway due to coronavirus means this year’s Tony Awards will have to wait.

Broadway is suddenly dark as the coronavirus pandemic situation worsens in New York City. The re-opening date is expected to be pushed back until May or June; the Tony Awards broadcast was slated to happen June 7th on CBS.

Tony Award Productions says a new date for the awards ceremony will be chosen after Broadway re-opens. The company is a joint operation between the Broadway League and the American Theater Wing.

Over sixteen Broadway shows were scheduled to open between March 12th and April 23rd. Productions with opening dates include “Mrs. Doubtfire,” “Six,” and “Take Me Out.” Producers for “Who’s Afraid of Virginia Woolf?” and “Hangmen” closed the doors before those shows even opened.

Broadway producers are paying actors, musicians, and stagehands during the first few weeks of the shutdown. But if the shutdown lasts into May or June as expected, those workers could face hardships.

It’s also unclear how the eligibility for this year’s Tony Awards will change. The Tony Awards producers aren’t quite sure themselves. “We are looking forward to celebrating Broadway and our industry when it is safe to do so,” the company offered in a statement.

Another unknown is what level of relief is on the way, or if Broadway will rally to help its own in the same manner as the music industry. Just recently, the Recording Academy established a coronavirus relief fund with a $2 million seed to help musicians. Those who have worked in the industry professionally in the last three years are eligible if they can prove they lost work due to the outbreak.

Other indie musicians are turning to online streaming sites like Twitch. Twitch is primarily for gamers, but musicians have found a new home there among an audience primed for tipping. For now, the impact of coronavirus on the live music industry is still immeasurable.