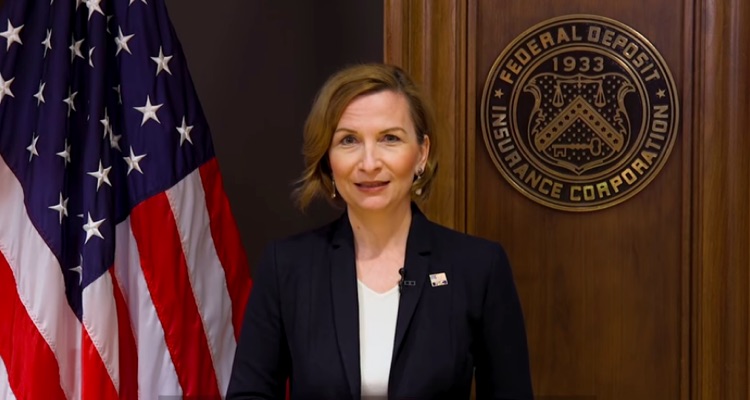 In a move designed to calm American account holders and prevent a run on the banks, the Federal Deposit Insurance Corporation (FDIC) is now preparing serious modifications to its protection levels and guarantees for failed banks.

The implications of the added FDIC protections would go far beyond the music industry, and are designed to calm a panicky public and small business community.  According to information shared with Digital Music News earlier today, the Federal Deposit Insurance Corporation, or FDIC — which was created during the Great Depression in 1933 — is now planning to increase its protection levels and guarantees against monies held in failed banks.

According to one source, who spoke on the condition of anonymity, the FDIC is planning “to basically go back to what they did in 2008.” During that period, the FDIC radically increased account protections from $100,000 to $250,000 for a temporary period; eventually, the $250,000 protection level became standard. Now, the revised level is expected to greatly surpass the $250,000 protection mark, though it’s unclear how much the increase will be. It’s also unclear what additional protections and safeguards are being considered.

Another source tied into the U.S. banking sector said to expect a “drastic increase” designed to calm any run on the banks and general banking jitters. It was also noted that one possibility would be a no-limit FDIC protection plan, at least temporarily. In most cases, the FDIC can replenish funds lost from a failed FDIC-insured bank within days — and even surpass the $250,000 threshold once banking assets are sold or recovered.

Earlier this week, FDIC chairwoman Jelena McWilliams issued a PSA urging people not to pull money out of their banks.

But according to our sources within the banking sector, that’s exactly what’s starting to happen, as panicked account holders remove large amounts of cash.  That’s causing a number of issues, as banks grapple with lower reserves and cash liquidity is getting impacted.

“Your money is safe at the banks,” a calm-and-confident McWilliams stated against a relaxing piano music background track.  “The last thing you should be doing is pulling your money out of the banks now, thinking your money is going to be safer someplace else.   You don’t want to be walking around with large wads of cash, and you certainly don’t want to be hoarding cash in your mattress.  It didn’t pan out for so many people.”

McWilliams also carried her assuring tone in an address given today to the Financial Stability Oversight Council.  But so far, the specifics of any FDIC modifications remain vague.  “The FDIC is working closely with the other financial regulators to provide necessary flexibility to both banks and their customers in these challenging times,” McWilliams stated. “We have taken several regulatory actions to provide banks with more flexibility to deploy capital to the broader economy.”

The FDIC has not yet responded to an inquiry concerning the potential increases.  More as this develops.