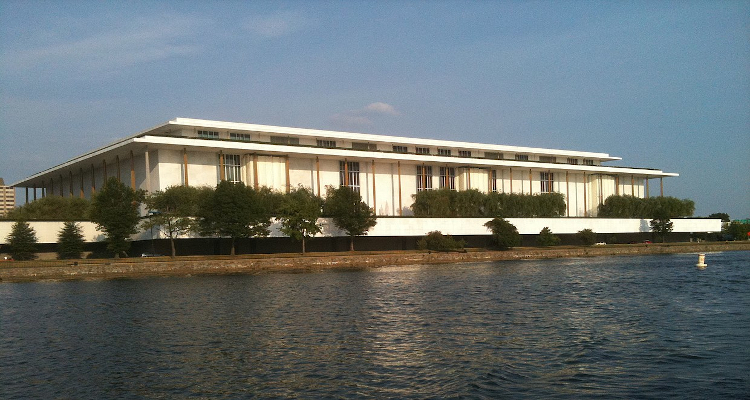 A view of the Kennedy Center from the Potomac River (photo: Tom)

In a stunning development, Kennedy Center President Deborah Rutter has revealed that all 96 members of the National Symphony Orchestra (NSO) will cease receiving paychecks after April 3rd, despite the Kennedy Center’s having secured $25 million in supplementary funding from the $2.2 trillion CARES Act.

Shortly after President Trump signed the stimulus bill into law, during a conference call, Rutter reportedly informed NSO members that their final payday (until the Kennedy Center reopens) would arrive on April 3rd. And in a similarly devastating blow, Rutter also told National Symphony Orchestra musicians that their healthcare coverage would expire at May’s end if the venue fails to resume normal operations by that time.

In response to Deborah Rutter’s decision, the local American Federation of Musicians (AFM) chapter filed a grievance against the Kennedy Center. The complaint emphasizes the facility’s $100 million annual endowment and alleges that, per the terms of the current collective-bargaining agreement, employees should receive six weeks’ notice before their paychecks are cut off.

The former Chicago Symphony Orchestra president stated that the Kennedy Center’s operational deficit could hike from $20 million to nearly $60 million this summer, due to canceled performances and lost earnings. The Kennedy Center has also stopped paying its more than 700 staff members, including concessions workers, ushers, and ticket collectors, since closing earlier this month.

Additionally, Rutter has voluntarily given up her salary—some $1.2 million annually—until the coronavirus pandemic concludes and the Kennedy Center is open for business once again.

On March 26th, President Trump appointed ten new members, former Louisiana Governor Mike Huckabee and actor Jon Voight among them, to the Kennedy Center’s board of trustees. During a recent press conference, the president praised Kennedy Center Chairman David Rubenstein and acknowledged the fiscal impact that the novel coronavirus is having on operations and revenue.