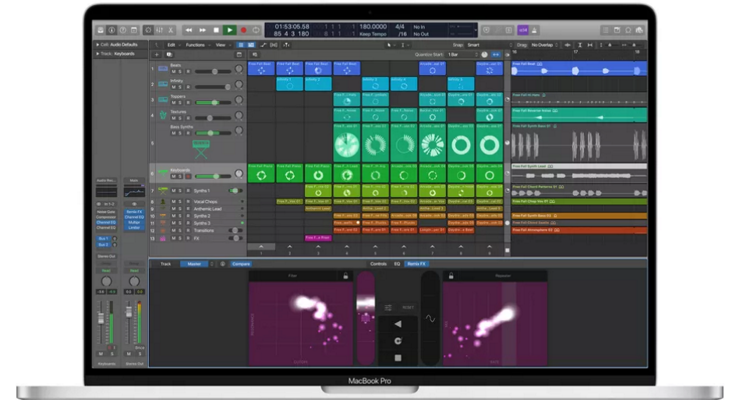 A leaked screenshot may have unintentionally revealed a new update for Apple’s Logic Pro X software.

The screenshot appeared on Reddit after an eagle-eyed user spotted an update to Apple’s education products webpage. The screenshot seems to show a version of Logic Pro X that includes features in GarageBand.

Apple has since replaced the image on its servers – but the Internet Archive confirms the leak.

Both GarageBand and Logic Pro X are digital audio workstations geared towards different demographics. GarageBand is free and included on macOS and iOS with an easy-to-use interface. Logic Pro is geared more toward music professionals, costs $199, and only works on macOS.

GarageBand and Logic Pro already communicate well. You can start a project in GarageBand on your phone and import it into Logic Pro X later. The experience is not seamless though, which Apple may be addressing in this update.

Exporting a Logic Pro file to GarageBand turns the whole project into a stereo audio file. GarageBand iOS features tools to make music through screen taps – which are absent in Logic Pro  or GarageBand desktop.

Live Loops layers loops of audio or MIDI in a cell grid to facilitate creating pattern-based music. Logic Pro may be getting an update soon that includes these iOS-only GarageBand features. That would bring more feature parity between GarageBand and Logic Pro for mobile users.

Improving the workflow between both tools is a massive upgrade. It means that Apple understands how important mobile access is to its music creators. Apple’s primary competitors in DAWs don’t have mobile apps for music creation, either.

Apple hasn’t commented on the leaked screenshot. It’s probably safe to say that other iOS-exclusive GarageBand features may make their way to Logic Pro  soon. It may also mean that a mobile version of Logic Pro is coming to iPadOS soon.