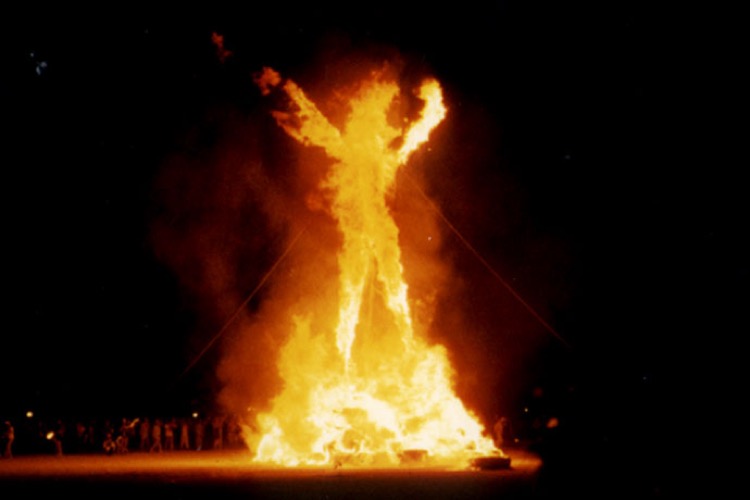 Despite a late-August start date, Burning Man organizers have opted to cancel the entire event.  At this stage, there’s no guidance on whether things will be able to resume in 2021 or beyond.

Organizers had been considering an all-out cancellation for weeks, though intensifying COVID-19 issues forced the decision earlier today. Earlier this month, Burning Man suspended ticket sales; now, they’re issuing full refunds to everyone, even though all Burning Man tickets are technically non-refundable.

“After much listening, discussion, and careful consideration, we have made the difficult decision not to build Black Rock City in 2020,” organizers announced earlier today.  “Given the painful reality of COVID-19, one of the greatest global challenges of our lifetimes, we believe this is the right thing to do. Yes, we are heartbroken. We know you are too. In 2020 we need human connection and Immediacy more than ever. But public health and the well-being of our participants, staff, and neighbors in Nevada are our highest priorities.”

The move is obviously disappointing to tens of thousands of burners and attendees planning to make the desert migration. For many, the off-grid journey into Nevada offers respite, renewal, and a pronounced from the hubbub of daily life and professional pressures. Sadly, the real world won this time, with very urgent COVID-19 concerns killing the Black Rock City escape.

But this is far more serious than a canceled concert, or even a festival.

The construction of Black Rock City requires massive amounts of preparation and a full-time staff. The Burning Man Project, a 501(c)(3) non-profit based in San Francisco, uses annual ticket sales to prepare the otherwise desolate desert patch known as Black Rock Desert, then clean everything up when it’s over. And that’s just one of several year-round burner events.

Accordingly, organizers are asking attendees to donate their ticket purchases to the Project, if only to keep the 2021 Burning Man alive.

“Providing refunds is the right thing to do for our community members who have put so much trust in us over the years, and who may be experiencing their own financial difficulties as a result of the pandemic,” the announcement continued.  “This is a decision made in the interest of our culture and our community. It is an enormous financial risk, but we have faith that those with the means to do so will help us stay afloat during these challenging times. To that end, we’re going to ask that you consider gifting the value (or a portion of the value) of your purchased ticket back to Burning Man Project as a tax-deductible donation. This need is real.”

As for the future of Burning Man, frankly, the forecast looks pretty bleak.

Organizers pointed to $10 million in cash reserves, a seemingly healthy stash. But that’s only enough to last a few months. “Burning Man Project has approximately $10 million in reserve funds to cover contingencies, but this crisis goes well beyond any normal planning scenarios,” the detailed announcement continued.

“Since we are providing refunds and keeping the ticket money separate in our minds from the operating expenses, we are currently using the reserve to survive. We don’t expect to have a reserve at the end of this year. Truthfully, without major changes, deep cutbacks, and a generous outpouring of donations, we could only stay operational for a few months on our reserve funds.”

Strangely, Wikipedia is already referring to Burning Man in the past tense: “Burning Man was an event held from 1986 to 2019 in the western United States at Black Rock City, a temporary city erected in the Black Rock Desert of northwest Nevada, approximately 100 miles (160 km) north-northeast of Reno and a thriving year-round culture generated by a global community of participants,” the entry reads as of Friday.

That said, there is a virtual, non-physical Burning Man in the works. And a serious effort to keep things going. Stay tuned.