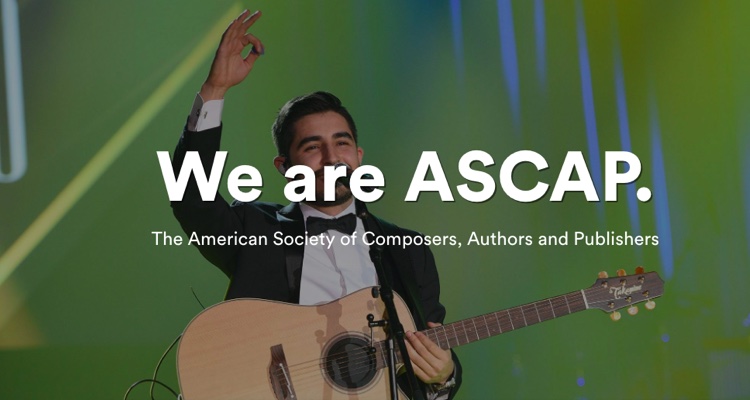 Businesses across America have only been closed for a few weeks — at most.  So why can’t ASCAP pay their own songwriters on 2019 performances?

That’s a question that’s now being asked repeatedly, especially by songwriters who missed their expected April 6th ASCAP performance royalty distribution check. But since we first reported on the ASCAP delay, we’ve learned that BMI has actually sent its checks out early, while SESAC has paid its members on time — all of which is raising fresh questions over what’s happening inside ASCAP at the moment.

As first reported by Digital Music News, ASCAP CEO Elizabeth Matthews issued a warning letter to member songwriters and composers earlier this month, one that shockingly announced that royalty checks wouldn’t be mailed due to COVID-19 disruptions. But Matthews’ exact explanation for the non-payment doesn’t seem to make any sense.

“During this crisis, as we see more and more of our licensees who pay us start to feel the impact of the economic downturn, this translates into less revenue for ASCAP and less money available for distributions for our members,” Matthews wrote in the letter, which was promptly forwarded to Digital Music News. “We have already been contacted by numerous licensees who are attempting to pay less, pay late, or not pay at all.”

Just one problem with that explanation: according to the writers we’ve spoken with, the April 6th distribution check would have been for performance royalties collected during the third quarter of 2019.

While the sudden shutdown of businesses across the United States has been swift and extremely disruptive, it only started happening a few weeks ago. That raises the question of why money that was supposedly already in the pipeline isn’t getting properly distributed.

Indeed, the earlier distribution checks, mailed shortly after the new year in January, covered the second quarter of 2019. “Happy new year!” the letter from ASCAP President Paul Williams opens. “Enclosed is your first distribution of the year, reflecting performances of your music between April and June of 2019.” During its last fiscal year, ASCAP collected $1.227 billion, a record for the company.

Sadly, we’ve also heard that none of ASCAP’s top executives are taking pay cuts, despite the enormous issues described in the letter.  It also appears that at least some percentage of member publishers are being paid on time.

Perhaps there’s a distribution period or detail we’re missing here — and it doesn’t help that ASCAP is refusing to respond to our requests for more information.  But the delay period between the actual monitoring of songs and the payment for those songs appears to be six months (or, two quarters after the monitoring period ends).

“Correct me if I’m wrong, but aren’t the current monies due now based on royalties collected and earned from past quarters (before this crisis)?” one DMN reader commented.  “How has ‘past’ money disappeared now?”

It’s important to keep in mind that ASCAP is delaying check distributions until the end of April, at least according to its correspondence.  Logistically, that seems understandable given extreme disruptions at most offices.  But the explanation offered by ASCAP for why its distribution is being delayed is raising some serious questions.

In her letter, ASCAP’s CEO explained that issue by pointing to a “cash basis” distribution method.

“First, it is important to understand that ASCAP distributions are made on a ‘cash basis’ (the money we collect in a quarter is paid out that same quarter, less the costs of operation) as opposed to an ‘accrual basis’ (money collected would be held and paid out two or three quarters later),” Matthews wrote.

“In other words, we calculate distributions based on current revenues, not past revenues. In normal times, this is a great benefit to ASCAP members as you receive your money faster. During this crisis, as we see more and more of our licensees who pay us start to feel the impact of the economic downturn, this translates into less revenue for ASCAP and less money available for distributions for our members. We have already been contacted by numerous licensees who are attempting to pay less, pay late or not pay at all.”

Upon closer inspection, Matthews’ explanation doesn’t seem to stack up — literally or figuratively.  Here’s why.

In the explanation, Matthews seems to be inferring that “cash basis” somehow means that money collected in the current quarter gets paid out in the same quarter.  That sounds great, except it completely contradicts the details outlined by president Paul Williams in the early January distribution letter referenced above.  It also seems to contradict ASCAP’s own published schedule.

One possibility is that everything gets back on track by late-April.  But the fact that ASCAP seems unable to pay on a previous period suggests a serious cash-crunch at the mega-PRO.  “This is scary and shouldn’t be happening,” said Tony van Veen, CEO of DIY Music Group.  “Paying less because royalty receipts are lower, yes. Skipping payments? Despite all the ‘explanations’ by ASCAP it just doesn’t make logical sense. Clearly they’re out of cash.

“The thought that keeps running through my mind since I first heard this: ‘Is ASCAP the next PledgeMusic?'”

Elsewhere, rival performance rights organization BMI is doing the opposite of delaying its checks.

According to information shared with DMN last week, BMI has actually rushed its distribution ahead of schedule given the impact of the COVID-19 crisis on artists.  Specifically, the organization has sent its songwriter royalty checks three days early, in an effort to get money into the hands of its members.

Elsewhere, we’ve also heard that SESAC is also redoubling its distribution efforts, and impressively getting checks out on time.  At all three PROs, employees are undoubtedly dealing with quarantine disruptions and transitioning towards at-home working situations.  Additionally, all three are dealing with the same shutdowns and performance royalty declines — though ASCAP’s reaction to the crisis is raising some serious alarm bells.

ASCAP has not responded to multiple requests for comment. More as this develops.