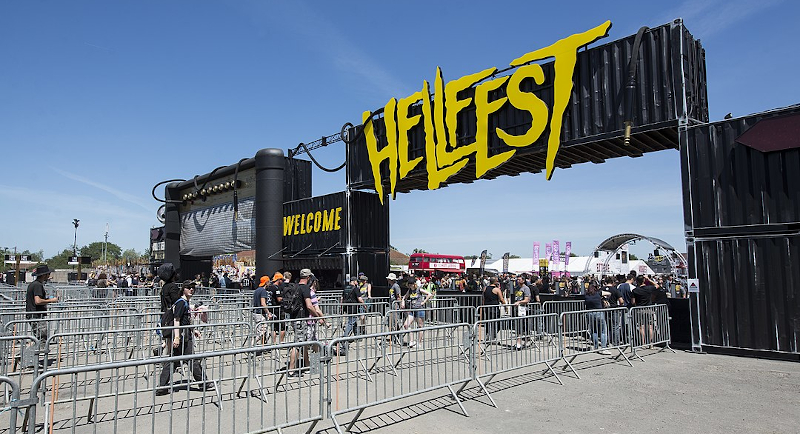 Hellfest, one of France’s leading heavy metal music festivals, has been canceled because of the coronavirus (COVID-19) crisis. Adding to the situation’s disappointment, event organizers are embroiled in an insurance payout dispute with their coverage provider, which alleges that the coronavirus doesn’t constitute a “pandemic” per the terms of their contract.

Hellfest higher-ups announced both developments in a press release. An order from the French government and concerns for the health of fans prompted the delay of Hellfest 2020, according to the release, as “it would have been irresponsible and dangerous” to go through with the three-day event given COVID-19’s risk.

The heavy metal showcase had been set to take place between June 19th and 21st, and the 2020 edition would have marked the festival’s 15th appearance. Now, 2021’s show will kick off on June 18th and run through the 20th.

Additionally, Hellfest execs signaled that 2020 passes will be honored at next year’s event; fans can also sell their tickets via Ticketswap or request a reimbursement. Hellfest expects to release details about the latter in the near future, though a specific date hasn’t yet been specified.

Hellfest alleges that Albingia, a French insurance company that specializes in risk management, refuses to honor the terms of their insurance agreement.

The companies finalized their deal in December 2019, and it includes a provision for “pandemics.” However, Albingia maintains that COVID-19 (and specifically respiratory illness) is excluded from the agreement’s pandemic provision, and execs have made clear that they don’t intend to pay for Hellfest’s cancellation.

Hellfest paid a handsome sum of €175,000 (roughly $191,000) for the cancellation coverage, though Albingia seems to be crafting creative reasons why its ‘pandemics’ clause doesn’t include the global, publicly-declared ‘pandemic’ caused by coronavirus.

“We obviously dispute this reading and Albingia’s position,” Hellfest organizers stated (translated from French). “Albingia’s reasoning is simple: take our contributions for cancellation insurance: YES, compensate us: NEVER. To do this, you just have to play on the language of the contract and imagine interpretations to start a legal trial that will last for years. Years during which Albingia will keep the sums it owes us. It’s an attitude that we denounce today publicly in order to shed light on these practices that we find shameful, especially in these times.”

Hellfest planners, for their part, have voiced a willingness to take the matter to court if they aren’t compensated.  But of course, that might be exactly what Albingia is anticipating — and preparing for.

Notably, SXSW 2020 was also canceled due to the coronavirus crisis, and the mega festival’s future is in doubt, partially because its insurance plan didn’t cover pandemics.

At the time of this writing, Albingia hadn’t commented publicly on Hellfest’s claims of owed compensation, or on the insurance-policy disagreement.