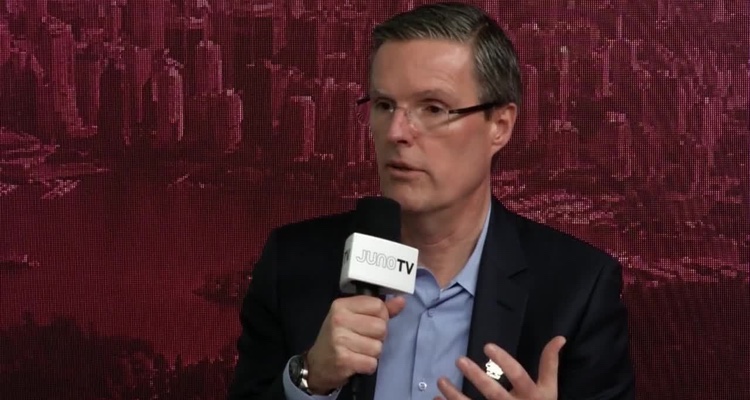 SOCAN has just revealed that its longtime CEO, Eric Baptiste, is stepping down after a decade-long tenure.

We’re not sure exactly why Baptiste is relinquishing his post after ten years, though SOCAN said it has nothing to do with the current COVID-19 crisis.  “The decision is purely coincidental to the current COVID-19 crisis, and the Board of Directors has
full faith in SOCAN’s executive management team,” SOCAN told DMN.  “The organization continues to operate at full capacity.”

Fair enough, though it should clarified that we never asked if this had anything to do with the COVID-19 crisis. Beyond that, however, SOCAN declined to offer any reason why Baptiste, who seemed to be calmly helming the Canadian rights organization year-after-year, was finally on the out. SOCAN described the departure decision as “mutual,” while noting that “Eric thought it was time to move on.”

“We thank Eric Baptiste for his leadership over the past ten years,” Marc Ouellette, President & Chair of SOCAN’s Board of Directors, offered in a statement. “During this time, SOCAN has seen growth and has maintained its presence as a leader in serving music creators and publishers in Canada and around the world.”

Perhaps tellingly, SOCAN doesn’t have a successor in place, a situation that suggests a less-than-perfectly-mutual goodbye. Jennifer Brown, currently Senior Vice President of Operation & Reproduction Rights, has stepped into the role of Interim CEO while SOCAN tries to find a permanent CEO replacement.

We pressed SOCAN a bit further on the reasons for the leadership change, though the company pointed to a routine decision. “As mentioned in the release, Eric had been with the company for ten years,” SOCAN Chief Communications & Marketing Officer Andrew Berthoff emailed. “The board of directors, to whom the CEO reports, did its normal review and, with the end of the current contract approaching, Eric thought it was time to move on. So, a decision was reached to end his tenure now.”

Regardless of whether Baptiste’s departure is linked to COVID-19 or not, SOCAN certainly has its challenges ahead.

“During this crisis, as we see more and more of our licensees who pay us start to feel the impact of the economic downturn, this translates into less revenue for ASCAP and less money available for distributions for our members,” Matthews stated. “We have already been contacted by numerous licensees who are attempting to pay less, pay late, or not pay at all.”

Of course, shut-down business in both the United States and Canada will dramatically reduce public performance royalty payments in 2020, across all parts of North America. At present, it’s unclear how SOCAN is dealing with the situation, though ASCAP took the drastic step of delaying writer payments for weeks. But the delay, on royalties accrued during the third quarter of 2019, is now raising concerns of a serious cash-crunch at the US-based mega-PRO.

The Toronto-based SOCAN has a membership of 160,000 songwriters, composers, music publishers and visual artists.  It manages royalties from more than 100,000 business and public spaces across Canada.