Moby Blasted for Firing the Entire Staff of His Vegan Restaurant — “My Health Care Has Been Canceled by a Multi-Millionaire.” 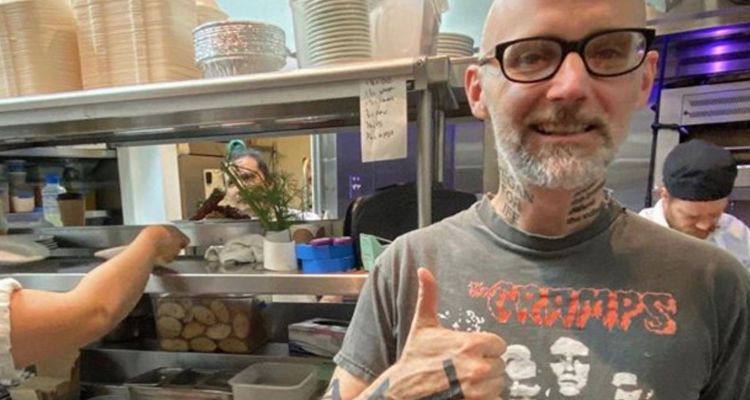 Moby shuttered his Los Angeles vegan eatery, Little Pine, because of the coronavirus pandemic. Now his employees are left scrambling.

Little Pine closed on March 15th as a result of the coronavirus pandemic and forced store closures. But Little Pine employees have taken to social media to express their displeasure with how the situation has been handled. In a report from Eater, multiple employees say Moby is mostly unresponsive to questions about employment and issues like health insurance.

Employees say Moby only reached out to them once the social media blowback began. They say they were only told this week that the restaurant was going on “indefinite hiatus.” That’s more than a month after the restaurant closed officially, with no plans to adopt takeout or delivery. Healthcare coverage for all full-time employees was also canceled.

“I am coverage-less in the middle of a global pandemic,” one former employee told Eater. “My health care has been canceled by a multi-millionaire.” The Little Pine Instagram account shut off comments after the news broke.

On Instagram, Little Pine addressed the issue in a less than stellar way. “Lately, we have been receiving a lot of very hostile comments about how Little Pine was put on hiatus,” the post begins. “We have tried to do the right thing and paid our managers, employees, vendors, and insurance. We are, again, like most restaurants, seriously in debt.”

“All we ever wanted was to be a good vegan restaurant and serve our community and generate money for the animal rights non-profits we love. And now, not only have we been forced to shut down, but we are on the verge of bankruptcy while being viciously attacked by countless strangers,” the post finishes.

“I am not a stranger,” the comment read before being removed. “I’ve worked at Little Pine since it opened and helped to build the restaurant to what it was. Moby absolutely left us all high and dry.”

Moby founded Little Pine in 2015 as a way to donate and support animal rights groups.

It employed fewer than 50 people and is not legally mandated to pay sick leave under the new federal emergency coronavirus relief law.