ICP Cancels the Annual Gathering of the Juggalos Due to Coronavirus 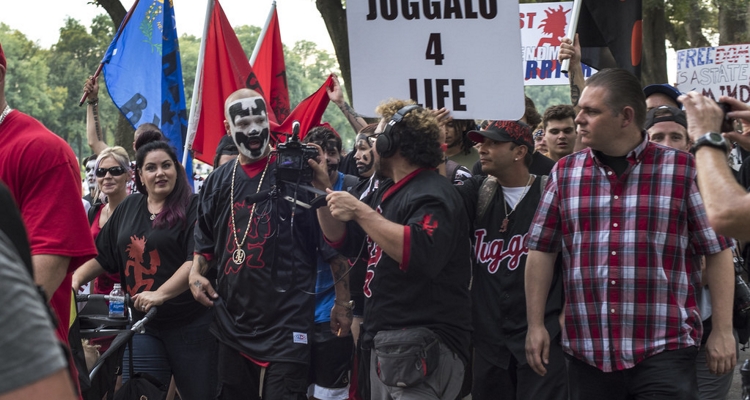 The annual Gathering of the Juggalos is canceled this year due to coronavirus.

The group’s label, Psychopathic Records, announced the news via Twitter. “It is with a heavy heart that we announce due to the COVID-19 outbreak, we have no choice but to postpone the Gathering until next year,” the statement reads. “We can’t possibly in good conscience even consider trying to put on a Gathering during these difficult times.”

The annual Gathering of the Juggalos is ICP’s festival celebrating life as a Juggalo. The eccentric group launched the first festival in 2000, attracting Juggalos from all over the country. Over the years, the festival has obtained a reputation for devolving into lawlessness.

The 21st annual Gathering of the Juggalos was to be held August 5-8 in Garrettsville, Ohio.

Garrettsville previously hosted the Gathering from 2003-2005. ICP announced this years’ dates for the festival back in January. Unsurprisingly, the event is off since it regularly attracts 20,000 people from all over the world. Fans routinely describe the festival as “Juggalo Woodstock” and attend multiple years.

The Gathering spans four days and usually includes concerts, wrestling, games, contests, and autograph sessions with ICP. The festival also includes seminars with Juggalo artists promoting their works at the festival. Even though it is an outdoor festival, there’s just too much risk involved.

“We refuse to risk even one Juggalo life by hosting a Gathering during these troubling times,” the statement continues. “We will endure this together as a family, and the Gathering of the Juggalos will return in 2021 stronger, bigger, and better than ever.”

Ouch. It seems like the Juggalos are exercising more restraint than some governors in the United States.

Whatever your political beliefs, it’s impossible to ignore that over 50,000 Americans have died due to coronavirus. The incredible impact on the economy has been dire – but the death toll continues to rise.