Dysfunctional Paycheck Protection Program Gets $250 Billion In New Funding — Will It Work This Time? 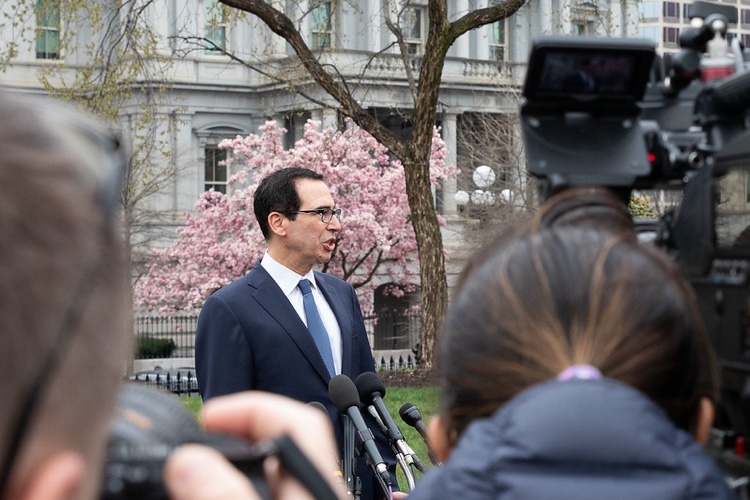 Is the second time the charm? After a first round that left most small businesses and music industry applicants without emergency funding, the U.S. Government’s Paycheck Protection Program has been replenished with hundreds of billions of dollars.

Trump signed the supplemental, $484 billion stimulus bill this (Friday) afternoon, which includes substantial refunding for the controversial Paycheck Protection Program (PPP).  Of the $484 billion tranche, $250 billion will be allocated towards PPP, after an initial pot of $349 billion was quickly depleted.  Another $60 billion will be used for emergency business loans administered by the government’s Small Business Association (SBA), though it’s unclear which businesses will qualify for that second allocation.

Sadly, many businesses have already been forced to shutter while waiting for funds — or, in many cases, while waiting to hear anything from disinterested intermediaries like Bank of America.  As those frustrations mounted, Bank of America was among several banks sued for illegally prioritizing larger clients to maximize their processing fees. Now, it’s off to the races once more, with smaller businesses — a group that includes a number of potential applicants in the music industry — competing in a cruel lottery for limited survival funds.

The initial concept behind the Paycheck Protection Program seemed laudable.

Instead of laying off workers amidst widespread shutdowns, the Program offered grants to small businesses to keep employees on the payroll.  As long as the grants were used for expenses like payroll, office leases, and utilities, all would be forgiven — and workers would keep their jobs.  Even if the funds weren’t used for those expenses, a modest 1% interest rate would be attached.

But as the program kicked off with $350 billion in rescue funds, small businesses, sole proprietorships, and independent contractors quickly became frustrated with a lack of access.  Mega-banks like Bank of America, Wells Fargo, and Chase, tapped by the Small Business Association to handle the loan processing, quickly erected barriers against smaller applicants.  Bigger companies meant bigger origination fees, of which the banks collected billions — while companies that were anything but ‘small businesses’ soaked up most of the funds.

The PPP stipulated that companies with more than 500 employees wouldn’t qualify. But thanks to a loophole crafted by lobbyists and written into the stimulus bill, publicly-traded companies with thousands of employees and hundreds of millions in market caps started gobbling up the funds.

According to an investigation by the Associated Press, at least 94 publicly-traded companies secured juicy PPP loans.  That includes restaurant chain Shake Shack, which employs thousands across the U.S. and is valued at roughly $1.6 billion, and other chains like Potbelly, Ruth’s Chris Steak House, Sweetgreen, and Taco Cabana.  The AP also found that a substantial number of companies receiving aid were already in deep financial trouble prior to the COVID-19 outbreak, with many maxing out the $10 million loan limit.  One company was even convicted of accounting fraud by the SEC.

Shake Shack received a $10 million loan, as did the other restaurant chains.  All of them returned their PPP funds amidst heavy public backlash, though other publicly-traded companies have reportedly refused.  “The intent of this money was not for big public companies that had access to capital,” said Treasury Secretary Steven Mnuchin, though the damage seems largely done.  Indeed, a number of publicly-traded firms that aren’t consumer-facing are unlikely to budge; others have argued that they need the money despite their size and access to capital markets.

Whether that changes this time around is anyone’s guess, though the second-round of PPP funds are likely to be claimed very quickly.

“I am troubled by reports of publicly traded companies with access to capital and bank relationships receiving money quickly while many ma & pa shops can’t even get a call back or $1,” Sen. Martha McSally (R-AZ) complained. “The next round of funds must be focused on small businesses, with better oversight and transparency.”

Whether those modifications take place is unclear, though this is now a life-or-death situation for many small businesses across the country.