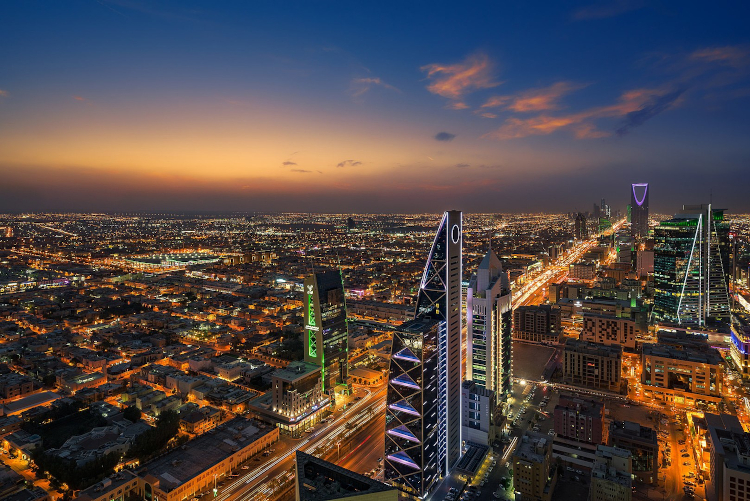 The transaction’s details were revealed in a Securities and Exchange Commission (SEC) filing, which was shared with Digital Music News. For a total cost of approximately $500 million, Saudi Arabia bought 5.7 percent of Live Nation’s common stock – some 12,337,569 million shares – via its Public Investment Fund.

At the time of this writing, Live Nation’s stock, traded under the symbol LYV, was up more than 10 percent on the day, to over $42 per share. Significantly, the concert promoter’s per-share value had dipped as low as $21.70 in the immediate wake of the coronavirus (COVID-19) crisis, down from a 52-week high of $76.60.

Stay-at-home orders, social-distancing guidelines, and nonessential business closures (besides concern for attendees’ health, of course) prompted Live Nation to indefinitely postpone each of its previously planned shows. Additionally, widespread fan disapproval over Ticketmaster’s COVID-19 refund policies (which have since been changed) also had an impact on Live Nation’s stock price.

Saudi Crown Prince Mohammed bin Salman has taken a number of steps, relating both to social-policy changes and tech-based improvements, to diversify and open his country’s economy. Now that his nation is (literally) invested in today’s foremost concert-promotion company, it’ll be interesting to see which artists move to perform in the rapidly evolving Middle Eastern state, which is home to nearly 34 million individuals.

During the last two or so years, Saudi Arabia has welcomed an unprecedented level of foreign entertainment. New movie theaters have been built in the country, and Saudi Arabia also enjoyed its first live concert (featuring Toby Keith) in more than two and a half decades. The WWE also signed a decade-long deal to host domestic shows, and the construction of a Six Flags park commenced.

Earlier today, Digital Music News was first to report that Live Nation’s Ticketmaster had quickly updated its refund policy to prevent fans’ money from becoming tied up while event organizers select new dates. It was the second change in a matter of days.

And last week, irate ticketholders filed a class-action lawsuit against Live Nation, Ticketmaster, and the MLB; the legal complaint stemmed from refusals to offer refunds to cancelled games.