How to License Your Music Directly From Your Website & Win 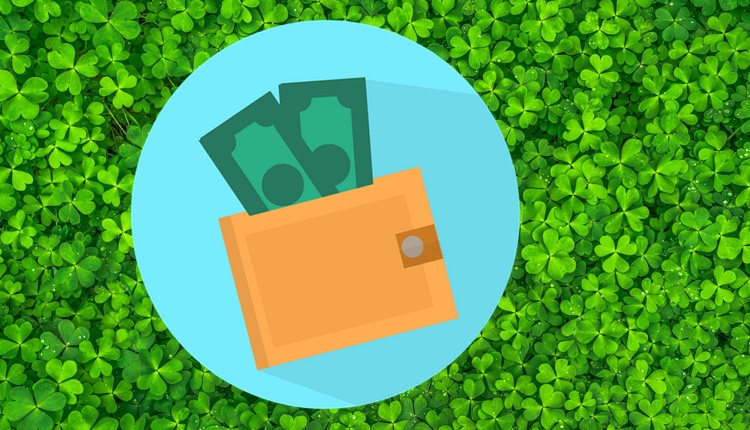 While most new productions are presently at a standstill, the broader production of visual media, including film, television, commercials, and video games, continues to explode. For artists stuck in isolation, this could be the perfect time to set up a sync licensing machine.

Unsurprisingly, streaming platforms like Netflix have exploded in popularity during lockdowns.  But this story was growing before everyone was trapped inside.  And as the reach of on-demand platforms and the internet continues to expand, so too has the demand (and market) for soundtracks, theme songs, adverts, and other forms of sync music.

For those just tuning in to this opportunity, sync licenses refer to the deals struck by content creators with artists and songwriters where songs are featured in visual media. Whether a track is played during a pivotal scene or the end credits, a sync deal makes the placement happen. These deals are negotiated directly, which typically means money up front at a mutually agreed upon price.

Importantly, artists get more out of sync than upfront payments. A long list of songs have become hits after carefully planned sync deals, though music supervisors (those who select works for visual media and finalize agreements) are generally responsible for assuring a track’s suitability for the content and the scene at hand. But that often translates into a solid fit for a ready demographic, which means that up-and-coming musicians and established stars alike have a chance to enjoy the fruits of sync.

But if nabbing sync deal after sync deal was easy, everyone would be doing it. As it is, sync-seeking musicians must take success-minded steps to stand out from the crowd for the right reasons. To help them do so, Digital Music News and Songtradr have published several guides and tutorials.

Most recently, we provided an in-depth look at effective ways of maximizing sync revenue and closing as many agreements as possible. Before that, we explored the steps (and payoff) associated with creating an artist website.

And in this piece, we’ll detail the substantial benefits of positioning music directly on artist websites, by utilizing Songtradr’s embedded player.

This innovation is likely to help artists maximize sync opportunities from potential licensees. Until Songtradr developed and debuted a sync-specific embedded player, artists didn’t have a method for prominently positioning their music on websites and facilitating efficient, uncomplicated licensing deals.

SoundCloud, for instance, has made waves with its embedded function, but the tool lacks a licensing prompt — a way for music supervisors to take concrete steps towards locking down deals with artists. Similarly, Spotify, Apple Music, and YouTube are equipped with embedding, sampling, and data features, but they too fail to give music supervisors a simple starting point for executing licensing deals.

And so, the opportunity for a music supervisor to identify a sync-suitable track via a sleek embedded player, before clicking to begin the licensing process, seems like a nice idea.

There’s no telling how many sync deals have been disrupted as music supervisors navigated from a streaming platform, to a website (or possibly a search engine), and finally to a contact page (if it exists), only to wait for a response. Worse yet, career-altering inquiries could get lost in inboxes, and some music supervisors could abandon the outreach effort if they can’t quickly connect with the artist they want to work with.

Even if one of your tracks fits a film, television show, or other project perfectly, it’s all too possible to lose a deal because of wholly avoidable communication hiccups and negotiation delays.

These are the missed chances that Songtradr aims to eliminate with its embedded player.

The process’ first step is, simply enough, to navigate to the Songtradr page that corresponds with the track you’d like to embed; you can select individual songs through the “My Songs” tab. 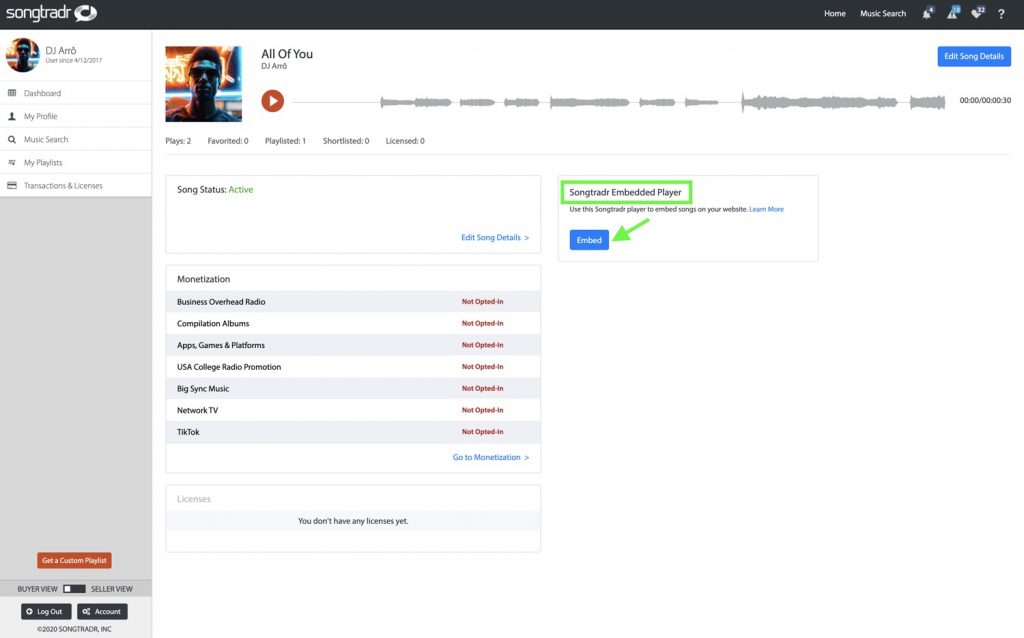 Next, you’ll need to click the blue “embed” button on the screen’s right-hand side. Songtradr’s embedded-player pop-up menu will then appear.

Via this pop-up menu, you can customize elements of your embedded player, including its size and the type of website where it will appear. 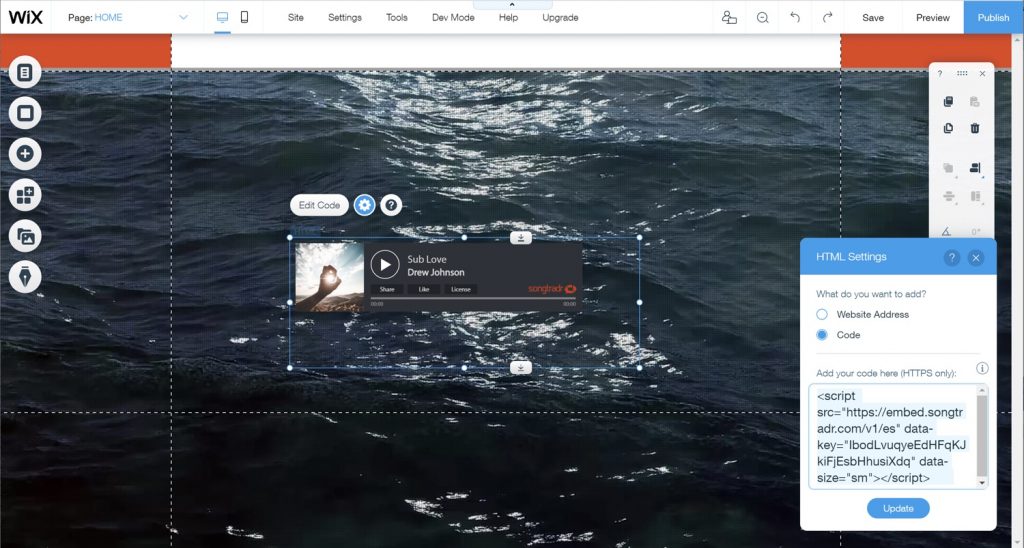 From there, installing your Songtradr embedded player is a matter of copying and pasting the corresponding HTML code (shown in the previous image’s “embed code” box) and tailoring the tool’s appearance to suit your preferences.

After clicking the “license” option on your embedded player, prospective customers will be directed to the corresponding song page on Songtradr and prompted to specify the type of visual media they intend to feature the work in.

Lastly, buyers need only add the work to their cart and complete Songtradr’s checkout process.

With Songtradr’s embedded player, music supervisors can conceivably find your song, listen to it, and license it — not by scouring the web and partaking in an extensive back-and-forth dialogue, but by reaching your website and clicking the “license” option. In this way, the tool brings sync embedding into the digital age.

As mentioned, our (recently published) guide to securing sync deals is filled with useful knowledge and insight, and if you haven’t given it a read, you should absolutely do so. But based specifically upon Songtradr’s embedded player, there’re a few additional steps that you can take to maximize your sync opportunities and earnings.

First, make sure your website is up-to-date and easily navigable. The Songtradr embedded player handles a lot of the work, of course, but the quicker a music supervisor finds it, the quicker he or she will be able to get the ball rolling on a deal. There are endless reasons to bolster your website’s quality, and few reasons to delay doing so.

Next, take steps to monitor and respond to songs’ relative success. If one of your tracks performs well in terms of views, plays, and sync, determine what the work does right and how this strength (or strengths) can be implemented in future music. Songtradr’s listenership data relays immensely important lessons; failing to utilize this knowledge is where many musicians go wrong.

Finally, you should use today’s sync-licensing results to shape tomorrow’s broader sync-licensing strategy—and you needn’t reinvent the wheel when doing so. If your new release attracts more listens and sync deals, you’re on the right professional track, and you’d be wise to take additional, similar steps. If something works—be it a song, an album, a website, or a promotion—it’s worth capitalizing on.

In short, Songtradr’s embedded player renders sync deal-making more straightforward than ever before. For artists, this new-and-improved process means that there’s less red tape to worry about—and a greater potential for profit and exposure.