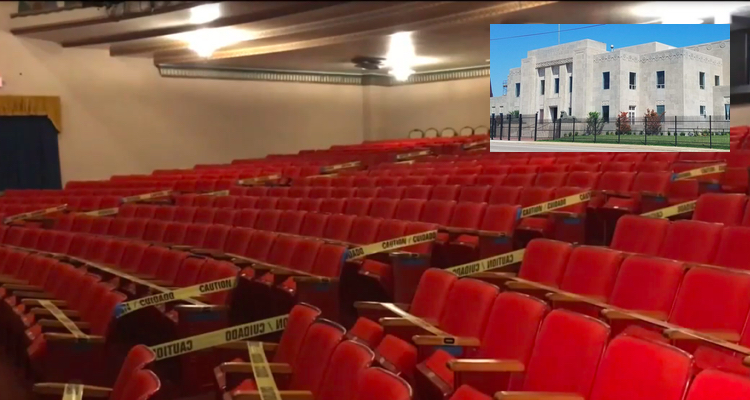 An ambitious attempt at a socially-distanced concert by artist Travis McCready is now getting shut down by the governor of Arkansas.

The concert, slated to happen in Fort Smith, Arkansas this Friday, May 15th, is almost sold out (and still live on Ticketmaster’s site at the time of this writing).  But despite extensive measures to keep patrons socially-distanced, temperature-checked, and fully masked throughout the show, the governor of Arkansas has taken steps to shut the performance down.

“That concert does not have our approval,” Hutchinson told reporters. “It would happen three days before the authorized date, as well as a few other problems. We’ve looked at their plan, and the plan is insufficient as well.” Soon after making that declaration, a cease-and-desist order was issued to the venue planning the event, TempleLive.

If the order is defied, Hutchinson threatened to revoke TempleLive’s liquor license.  That alone could severely impact the venue, though the state also has other weapons at its disposal, including a full revocation of the venue’s business permit.  Still, TempleLive has not yet canceled the gig, and still lists it on its website.

“We’ve put all the protocols in place,” TempleLive’s Mike Brown told a local news outlet. “We’ve gone from a health and science issue to nothing but petty politics.”

The event itself, if somehow permitted, would be an incredibly complicated affair.

TempleLive indicated that the entire venue would undergo a disinfectant fog spray before opening, and every guest would be temperature checked prior to entering. All corridors would be one-way only, and the elevator to the balcony would be closed. Additionally, beers would only be served in closed containers, and ‘touch’ items like water faucets would be removed or otherwise unusable.

Beyond all that, the show itself planned to cut its capacity by 80%, from 1,100 to 229, while allowing small groups to enjoy the show in ‘fan pods.’  Each pod would be socially distanced from every other pod, with intervening sections taped off.

Travis McCready and his fellow performers would not wear masks on stage, but would remain distanced from one another.