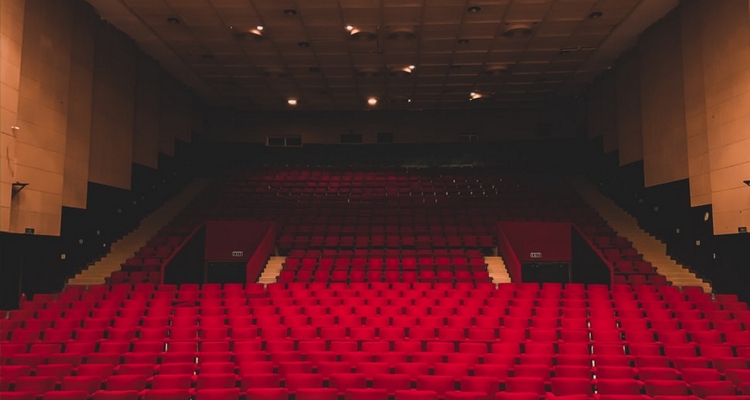 The event in Fort Smith, Arkansas, was supposed to happen tonight at TempleLive. Tickets for the event were sold out well in advance of the authorities’ decision, but Arkansas Governor Asa Hutchinson told reporters, “that concert does not have our approval.” Hutchinson threatened to revoke Temple Live’s liquor license – which is precisely what happened.

The Arkansas Department of Health issued a cease-and-desist order to TempleLive. Now organizers are looking to reschedule the concert featuring Travis McCready.

The new date for the socially distanced concert would be May 18th, still at TempleLive.

Promoters say the Arkansas Health Department’s move was pre-emptive and heavy-handed. “‘We the people,’ three amazing words, and they have been trampled on today,” said TempleLive general manager Mike Brown. The Arkansas Governor says the event organizers failed to meet the state’s public health directives.

TempleLive’s attempt to create the first socially distanced concert in America has attracted attention nationwide. The event was being viewed as a barometer for whether fans are ready to return to live events. Interestingly, fans seemed ready, but local officials did not.

On May 18th, the Arkansas Governor is allowing indoor venues like theaters, arenas, and stadiums to re-open. Guidelines insist that audiences should be limited to fewer than 50 people. The Temple Live concert planned on having 229 fans in attendance in a 1,100 seat theater.

We are not trying to be difficult,” Brown said. “We just want to be treated fairly and with respect.” Brown accused state officials of discrimination because churches are allowed to re-open.

But maybe a few days will change everything.  Organizers now say tickets for the Friday show will be honored on Monday. Brown simply asked Arkansas authorities to prove that the virus is more transmissible at concerts, compared to churches.

An outdoor concert in Pineville, Missouri, just a few hours away, may now be the first socially distanced concert.

The concert is being held in an eight-acre field at the Tall Pines Distillery with a limited audience of only 400 people. Organizers of that event say local health authorities have not raised any concerns.