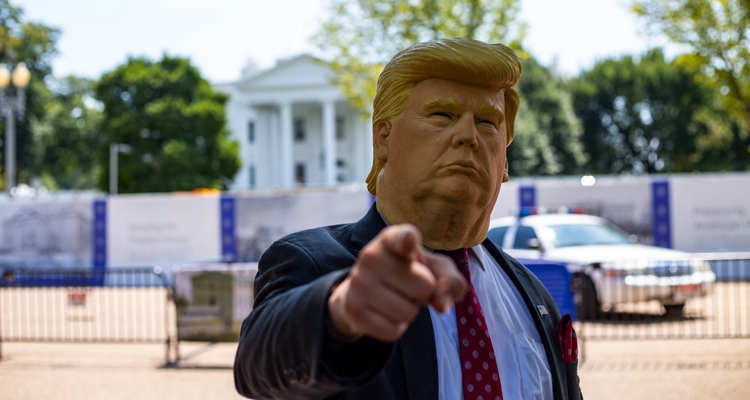 Overnight, Grubman hackers have doubled their ransomware demand from $21 million to $42 million — and pointed to some potentially damaging information against Donald Trump.

The hacking group that identifies itself as REvil says they will reveal “dirty laundry” on Donald Trump if the demand isn’t paid. The hackers of the Grubman, Shire, Meiselas & Sacks law firm posted an update yesterday.

“The ransom is now $42,000,000. The next person we’ll be publishing is Donald Trump. There’s an election going on, and we found a ton of dirty laundry,” the Grubman hackers’ post reads. The hackers were bold enough to address the president directly in their message.

“Mr. Trump, if you want to stay president, poke a sharp stick at the guys – otherwise, you may forget this ambition forever. And to you voters, we can let you know that after such a publication, you certainly don’t want to see him as president. The deadline is in one week,” the hackers’ statement reads.

“Grubman, we will destroy your company down to the ground if we don’t see the money,” the hackers write.

While the demand sounds like something straight out of a Black Mirror episode, it is a bit baffling. Out of all the famous clients who have retained Grubman’s services, Donald Trump wasn’t on the list. Though perhaps his name was omitted intentionally.

The firm’s owner, Allen Grubman, says he will not negotiate with the hackers. Part of the problem is trust: sources close to the power attorney say he’s afraid hackers will release the documents anyway (which, incidentally, does happen in a Black Mirror episode). Now that the FBI is involved, the matter is considered an act of international terrorism. Threatening the president of the United States certainly elevates that claim.