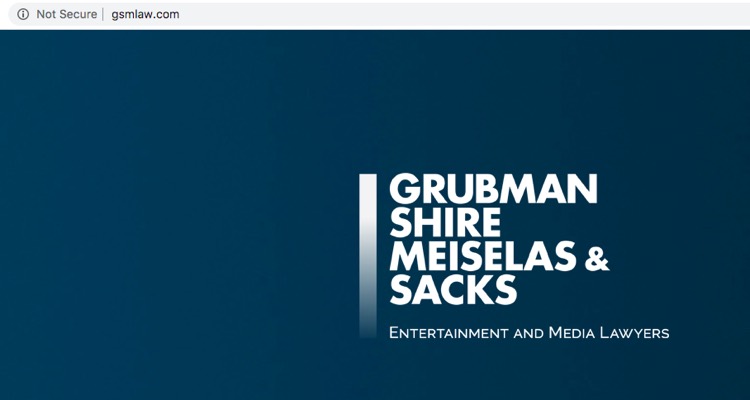 Grubman Shire’s website on Monday: only the masthead remains.

After getting rebuffed on their $42 million ransom demand by power-lawyer Allen Grubman, hackers now claim to be selling sensitive data on Donald Trump online.

The $42 million question is what ‘dirty laundry’ hackers actually have on Donald Trump — and why this information would reside on Grubman Shire’s servers. What we do know is that attorney Allen Grubman has refused to negotiate with the shadowy hacker troupe known as REvile, and the FBI has now categorized this attack as a terrorist threat.

The stare-down has resulted in early leaks involving Lady Gaga and Madonna.  But REvile now says the Trump dossier is already sold to the highest bidder — and a tranche of Madonna documents are next.  Here’s what the hacker assassins posted on the darkweb:

Interested people contacted us and agreed to buy all the data about the US president, which we have accumulated over the entire time of our activity. We are pleased with the deal and keep our word.

1. One-handed information
2. Confidentiality of the transaction
3. We delete our copy of the data
4. The buyer has the right to do whatever he sees fit with the data received.

Earlier today, Business Insider said they’d reviewed some of the leaked information, and verified its authenticity. The publication pointed to “correspondence, fundraising letters, and invitations to the Mar-A-Lago resort in Florida” as part of the stack of files. That seems pretty innocuous, though it appears part of a slow-drip leak schedule designed to pressure Grubman into changing his mind.

So far, Grubman seems unshakeable, and the presence of presidential paperwork seems to have attracted some serious federal law enforcement. It’s like having your house robbed — and the U.S. Army shows up.

“Cyberterrorists have hacked into our network and are demanding $42 million as ransom,” Grubman Shire offered in a statement.  “We are working directly with federal law enforcement.”

“We have been informed by the experts and the FBI that negotiating with or paying ransom to terrorists is a violation of federal criminal law.”