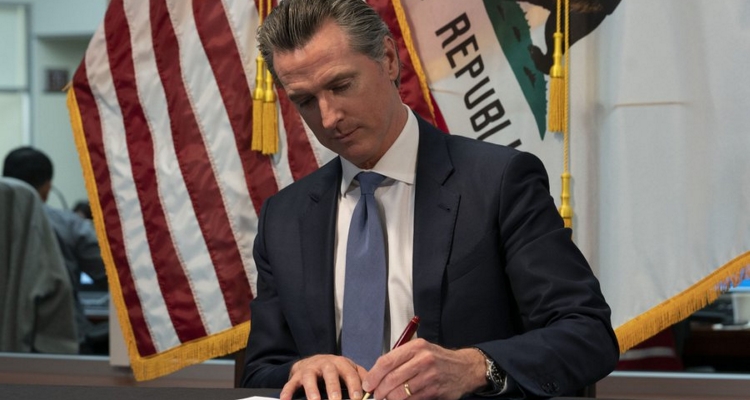 Governor Newsom says the guidelines will start in some counties as soon as next week. The governor revealed the news in a virtual roundtable on Wednesday with industry leaders. Netflix Chief Content Officer Ted Sarandos says production is already underway in countries like South Korea, Iceland, and Sweden.

TV and movie production is not expected to resume until California reaches Phase 3 of re-opening.

Los Angeles County remains one of the hardest-hit areas in the state, the governor confirms. “It remains a challenging part of the state for us still,” he told the roundtable. “We are concerned they will be a few weeks behind everyone else.”

Cases in the Los Angeles area are still increasing, which could result in delays there. No one in the United States has re-opened filming production yet, though talks in Georgia have started. But regardless of the exact timetables, industry vets worry that following new protocols could lead to increased production costs.

“The last thing we want to do is price ourselves out of business,” Danny Stephens told the governor. Stephens represents IATSE Local 80. Productions across the state ground to a halt in March as the coronavirus pandemic forced a state of emergency.

Newsom’s guidelines on Monday will reveal the path to re-opening filming and production in California.

Right now, licensing of music has stopped alongside production – leaving musicians, composers, and sync houses without their usual flow of income. That’s a tad ironic, given that consumption of on-demand streaming has absolutely surged during lockdowns. But a freeze on most newer productions is causing disruption for the sync business. Once licensing for new productions begins again, sync licensing will hopefully see revenue streams returning as the pace of deals picks up again.

Until then, the people of California must stay safe as the state explores the best way to re-open its industry. California’s approach to the COVIVD-19 lockdown is much more strict than other states. The move has helped to clamp down on the spread, but re-opening too soon could result in a second wave.