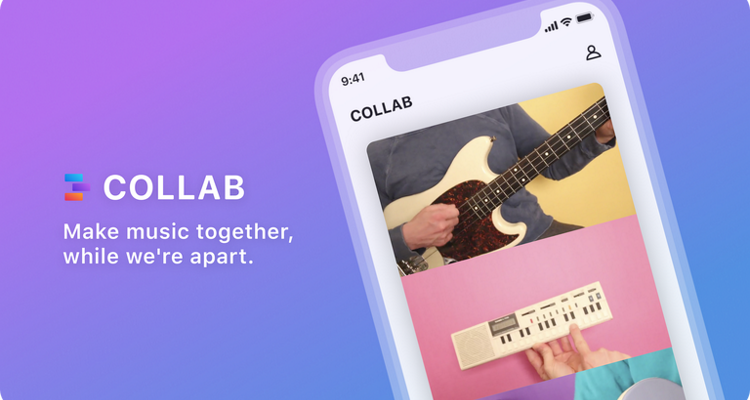 Facebook Collab is a new music creation app for iOS that allows creators to work together while apart.

The new iOS app is currently invite-only as Facebook is testing the app. Facebook says the app will allow users to create music videos from anywhere.

A Facebook Collab is three independent videos that are playing in sync.

It’s something we’ve become accustomed to as services like Zoom are used to host live concerts. By swiping to sync the composition’s parts, users can create their musical arrangement in the app. The Facebook Collab can then be published for others to enjoy or mix to create their own music videos. Collabs can also be shared to Instagram, Facebook Stories, or Twitter.

Facebook hasn’t shared any details on when the app will be available to everyone. “Collab has made our team feel closer together, even though we are all apart. We hope it does the same for you,” the announcement post reads. “We still have plenty of work left to polish the experience. With your feedback, we’ll continue iterating to build an experience that everyone enjoys.”

Facebook is iterating hard on its existing services to make them more enticing to an increasingly online population. Both Facebook Live and Instagram Live now have monetization features built-in for artists to make money. Facebook is also experimenting with including advertising on IGTV and a revenue share with creators to rival YouTube.