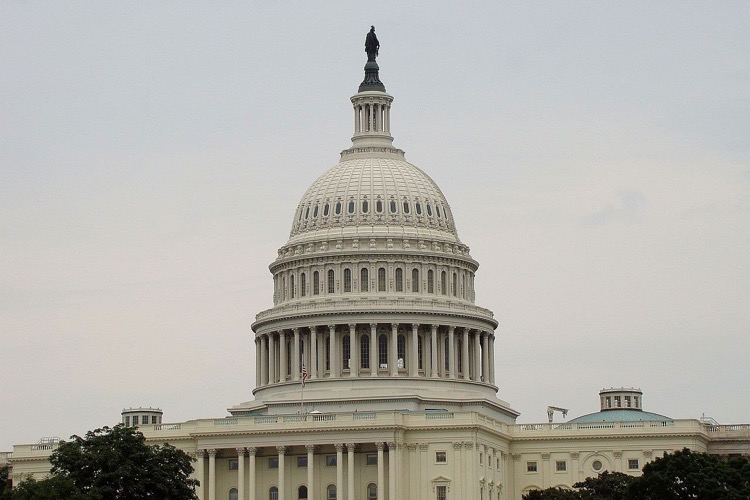 As dozens of American cities grapple with intensifying protests over racial injustice, Congress is indefinitely delaying discussions of a second $1,200 stimulus check.  The pause is erasing hopes of a quick second payment.

The initial, $1,200 stimulus checks have already been dispersed, with the latest batch getting confused for junk mail by many Americans. But that problem is now trivial compared to the intense demands that protests are now placing on city governments, local police departments, and members of Congress.

Just last month, one Atlanta musician told Digital Music News that his $1,200 stimulus check arrived fairly quickly, but quickly ‘got zapped’ by demands for rent, utilities, and food. And without the ability to actively record sessions, play gigs, or pitch music for productions, incoming revenue has nearly ground to a halt.

That story is now familiar to tens of millions of Americans who were abruptly put out of work by the coronavirus. But despite lots of earlier discussions about approving a second stimulus check — for amounts of $1,200 and even $2,000 — one Congressional staffer familiar with the legislation told Digital Music News that debate on that matter is now practically nonexistent because of intensifying protests and accompanying violence in cities across America.

Accordingly, the chances of a second $1,200 stimulus check getting mailed anytime soon appear “highly unlikely,” with the matter “on indefinite pause,” according to the source.  In fact, it may never receive a vote given the current backdrop of events.

That’s an unfortunate shift, though it doesn’t erase the possibility of further aid down the road. Just weeks earlier, Donald Trump noted that a second stimulus payment was likely ahead, while even outlining a rough timetable. “I think there will be a second payment to help Americans move on,” Trump stated once initial $1,200 check deliveries got moving. “We will give them money towards the end of the outbreak. Right now, we are focusing on reopening the country,” Trump continued.

But the President has largely shifted his focus away from coronavirus and economic recovery issues to focus on widespread civil unrest.

That includes dealing with growing protests directly outside the White House, as well as roiling looting, vandalism, violence, arson, and related issues both in Washington, D.C. and major cities nationwide. The protests on Pennsylvania Avenue reportedly forced Trump into a bunker while the White House went dark, though the President reemerged to declare himself a ‘law-and-order President’ while pledging to deploy the U.S. military to assist local police departments and already-deployed National Guard troops.

“If a city or state refuses to take the necessary action to defend the life and property of their residents, then I will deploy the United States military and quickly solve the problem for them,” Trump vowed.

The protests are also consuming members of the U.S. Senate, who were already cool on a beefy Democratic stimulus replenishment bill before the protests started.

The Nancy Pelosi-championed bill, dubbed the Heroes Act (H.R. 6800), was promptly declared ‘dead on arrival’ by a Republican-controlled Senate that urged a tapping of the brakes.  The Heroes bill proposed $1,200 for both individuals and children, and as much as $6,000 for individual households.

“So let me state the obvious,” said John Barrasso, a Republican Senator from Wyoming, last month. “What [Speaker of the House] Nancy Pelosi is proposing will never pass the Senate.”

Others, including Senate Majority Leader Mitch McConnell, were also critical of the Heroes Act but indicated that future stimulus checks could be forthcoming. Now, however, with protests overwhelming both the White House and Democrats and Republicans alike, the stimulus matter has received scant attention.

That strongly suggests that a second $1,200 stimulus check is highly unlikely, especially since an alternative to the Heroes Act hasn’t even been conceptualized.

But there is some hope that Congress can refocus on economic recovery issues if protests begin to quell over the coming weeks and months. At this stage, however, it’s incredibly difficult to predict when — or even if — things will calm down.