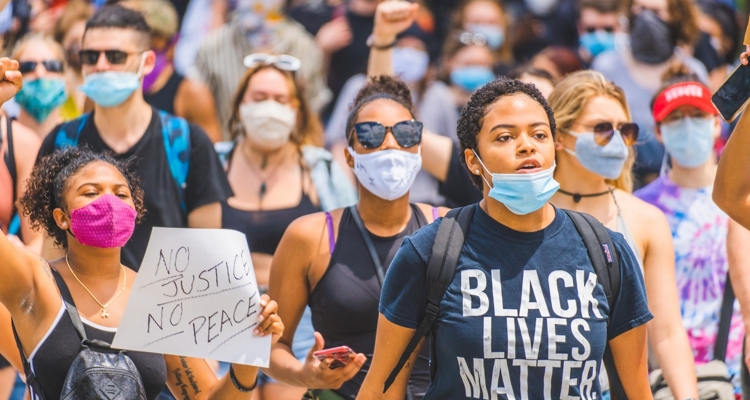 Spotify is adding 8 minutes and 46 seconds of silence to playlists in support of Blackout Tuesday.

Blackout Tuesday is a joint effort from the music industry to highlight police brutality. The campaign protests police violence and racism while honoring the memory of George Floyd.

The length of time of the Spotify blackout is how long a police officer kneeled on Floyd’s neck – killing him.

The Spotify blackout comes as part of a broader movement in the music industry as a whole. Several record labels are participating in Blackout Tuesday.

“June 2 is Blackout Tuesday, a day of collective disconnect from work meant to help people reflect and come together in support of the Black community. On this day – and every day – Spotify will support our employees, friends, partners, artists, and creators in the fight against racism,” Spotify’s blog post reads. “We are using the power of our platform to stand with Black creators, amplify their voices, and accelerate meaningful conversation and long-needed change.”

In addition to adding the silence to playlists and podcasts, Spotify has replaced playlist images and logos with blacked-out images.

Labels like Interscope, Geffen, and A&M have canceled all of their planned releases for the week. Apple Music removed all of its online content. Warner Music Group says it will use today to “collectively reflect” on ways to change. Bandcamp says it will donate its full cut of sales on June 19, and every Juneteenth afterward, to the NAACP.