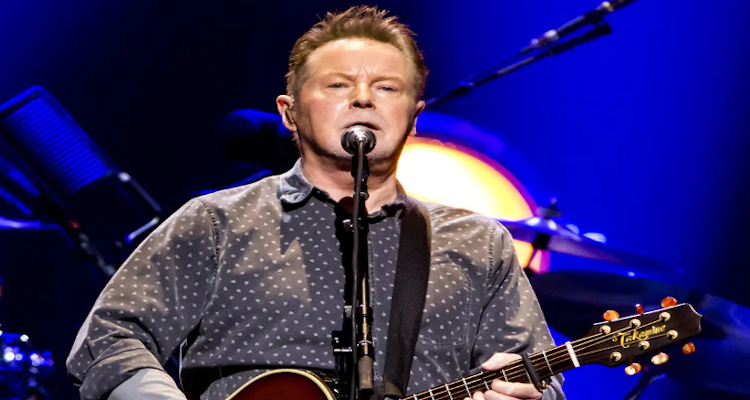 The corresponding hearing occurred yesterday, June 2nd, and Don Henley was among the professionals invited to offer an expert opinion on the DMCA, which enjoyed bipartisan congressional support prior to being signed by President Bill Clinton in 1998.

The law – and, in turn, its internet copyright-infringement standards – is still in effect today, though the web and the digital sphere have experienced fundamental changes during the last two-plus decades.

Opening the hearing, committee chairman Thom Tillis (R-NC) acknowledged the significance of the ongoing protests over the death of George Floyd, as well as the novel coronavirus crisis, but indicated that Congress is responding to the matters presently.

Moreover, the 59-year-old lawmaker emphasized the immediate importance of the DMCA hearing for artists and other creators. “When we started this review in February,” said Senator Tillis, “we had no idea of the economic challenges that would soon grip our nation … Small creators, independent artists, authors, and musicians have suffered terribly during this pandemic.

“And yet the piracy of creative works online has not slowed down,” the senator proceeded. To help the individuals responsible for crafting media enjoy the entirety of their owed compensation, the Judiciary Subcommittee on Intellectual Property moved to continue its hearings and discussions, per the senator.

Don Henley, dressed in a suit despite speaking from home, provided the first expert statement. He noted that he stands with members of the music community who rallied around Black Out Tuesday, but that he felt compelled to testify “out of a sense of duty and obligation to those artists and those creators who paved the road for me and my contemporaries, and for those who will travel this road after us.”

Furthermore, the 73-year-old claimed that he has “been targeted by the digital gatekeepers” for his participation on the panel: “It [the targeting] began last Friday in a newspaper that belongs to Mr. Bezos [Amazon founder and CEO Jeff Bezos, who owns The Washington Post], a newspaper that is behind a paywall, and it continues today.”

Turning to the DMCA specifically, Henley said: “I want to change or improve outdated laws and regulations that have been abused for over 20 years by Big Tech … The notice and takedown system of the DMCA does not work for artists and songwriters.”

He then defined the perceived limits of the DMCA from artists’ perspective, besides doubling down on the importance of artists’ receiving “a fair market rate for their music across all platforms” as the coronavirus crisis inhibits live performances and other earning opportunities.

Finally, Henley took aim at the implications of the DMCA “safe harbor” provision on the music industry and its corresponding advantages for tech companies. “The DMCA has shown its age. The DMCA is a relic of a MySpace era in a TikTok world,” he said in concluding his statement.

Moving forward, it’ll be interesting to see whether Congress acts based upon the expert testimony of Henley and others by attempting to update or replace the DMCA.

In this vein, the Recording Industry Association of America (RIAA) reached out to Digital Music News with a statement on the hearing:

“Yesterday’s hearing confirmed without question that the DMCA is broken and the time has come for change. The system must have incentives for creators and tech platforms to collaborate to provide effective online protection for the creative works that drive innovation, our culture and economy. We stand ready to work with the creative community and tech platforms to restore the balance Congress intended, and we thank Chairman Tillis, Ranking Member Coons, and Senator Blumenthal for their commitment.”