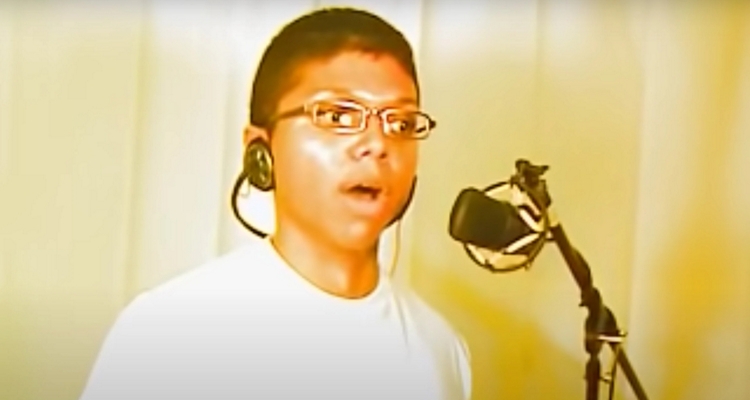 According to a report from CBS Chicago, police officers struggled to respond to protestors last Saturday. That’s because hackers managed to jam police scanners with the now meme-status internet song. While it’s unclear who managed to jam the signal, some outlets have suggested it was the work of Anonymous.

The hacker also chose to blast N.W.A’s ‘Fuck the Police.’ But ‘Chocolate Rain’ was an apt choice, as the lyrics describe institutional racism in Zonday’s deep baritone voice. In one of the videos, you can hear a police officer trying to respond. “All units, the radio is being blocked, I can’t copy anything that you’re saying,” an officer says.

The police scanner in Chicago was just blocked with Chocolate Rain pic.twitter.com/sAXfHEOLSj

The Tay Zonday hit ‘Chocolate Rain’ has been around since before YouTube’s days. The lyrics of the song cover America’s history of discrimination and how the criminal justice system isn’t as blind as it should be. A sample of the hit’s lyrics is below; you can watch the full video on YouTube.

When asked about the meaning of the song in a VICE interview, Zonday says he wanted to get people to start questioning things in the first place. “There are people who would not want to receive a polemic message on those topics, but if they can be brought from not having an interrogative to being in a state of questioning, I think that’s a fantastic outcome.”