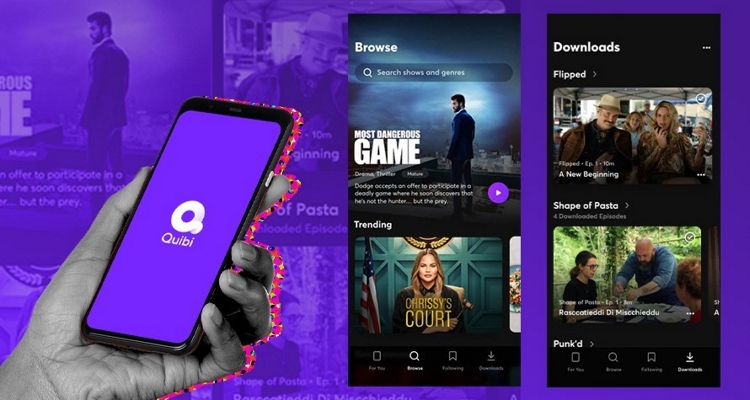 The COVID-19 pandemic has hit the economy hard, but some sectors are seeing massive boosts. Streaming video is up more than 25% in the last few months, but launching a new product is hard. Quibi’s initial launch seemed strong, though its three-month trial may have propelled that growth. How many of those subscribers will stick around with massive unemployment rates?

“We are not laying off staff as part of cost-saving measures,” Jeffrey Katzenberg recently wrote in a memo to staff. “We’ve recently added a dozen new Quibi employees.” That memo runs contrary to reports in the Wall Street Journal, where a source said the company was considering laying off 10% of its workforce of 250.

The memo to Quibi staff says the company is in an excellent financial position, and senior execs are taking the pay cut “because it’s the right thing to do.”

Since the service launched on April 6th, the app has attracted 1.6 million users with its 90-day free trial. The app is estimated to be downloaded 4.5 million times across iOS and Android. Despite those numbers, Katzenberg was hoping for a better reception.

In an interview with the New York Times, Katzenberg says, “I attribute everything that has gone wrong to coronavirus. Everything.”

But Quibi staff may not agree with Katzenberg’s assessment that the pandemic is to blame. A report from Page Six suggests some of the app’s content isn’t paying off. The report says Reese Witherspoon was paid $6 million to narrate “Fierce Queens,” which Quibi staff says is relatively unpopular at launch. Jim Toth, Reese Witherspoon’s husband, joined the company last year.

The Quibi exec memo refers to these allegations and calls them “completely inaccurate.”

Quibi is renewing Jennifer Lopez’s “Thanks a Million” and “Dishmantled,” a cooking show hosted by Tituss Burgess.