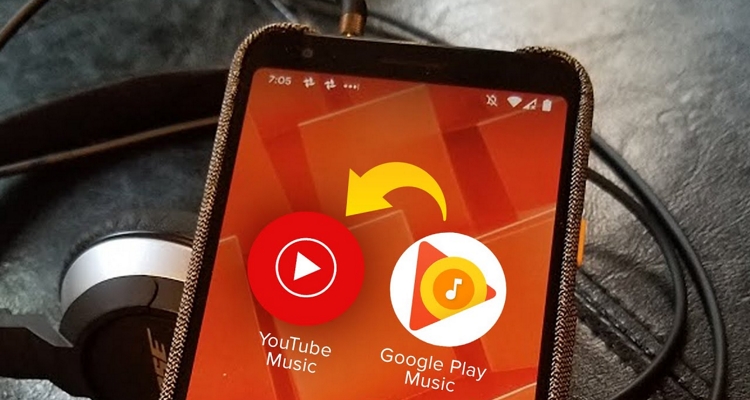 After a month-long beta, Google Play Music to YouTube Music transfers is now rolling out.

Last month, we reported on the feature debuting for some lucky Google Play Music users. The transfer tool makes it possible to bring all of your uploaded music into YouTube Music.

Amazingly, GPM users have been waiting for years for Google to bring YouTube Music to feature parity with GPM. With YouTube Music transfers, the final nail in the Google Play Music coffin is finally here.

For now, the feature appears to be a server-side rollout. That means it won’t be available to everyone at once to keep the servers from being too stressed.

Google’s staged rollouts for new features are notoriously long, so keep checking if you don’t see it live.

You may have luck seeing if transfers are available directly in the YouTube Music app. Some people are reporting seeing a pop-up that offers to transfer their library if both YouTube Music and GPM are installed. For now, that appears to be Android-only.

I predicted the slow death of Google Play Music last year when Google replaced it with YouTube Music. As the default device on new Android devices, YouTube Music is clearing the install gap. Google wants everyone in the Android ecosystem to default to YouTube Music.

Meanwhile, Spotify is paying a hefty fee for Samsung to make sure Spotify is available on every Samsung device sold.

That’s a significant portion of most new Android devices, around 20% sold in Q1 2020 alone. That means Google is fighting an uphill battle in its own ecosystem to get users interested in YouTube Music. It doesn’t help that YouTube is continuously spamming non-subscribers with fake notifications asking if they’re interested in a YouTube Music subscription.

Either way, if you’re a GPM user, it’s probably in your interest to transfer your music soon. There’s no telling how long the transfer feature will be available before GPM is shut down for good.