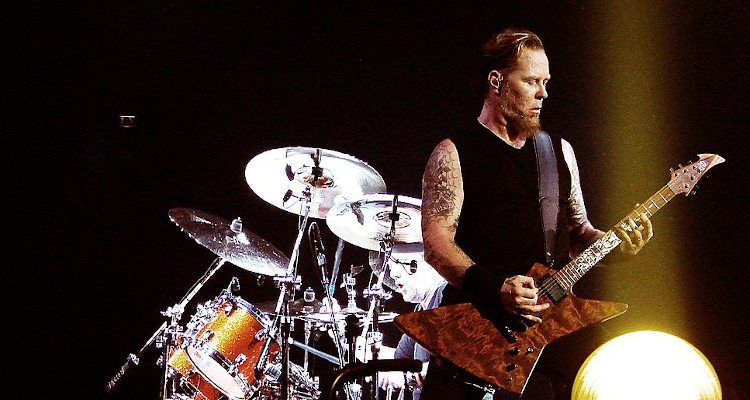 A YouTube user has created a new Metallica-inspired song, “Deliverance Rides,” that features lyrics written entirely by a bot.

One “Funk Turkey” recently uploaded the three-and-a-half-minute Metallica track to YouTube, and at the time of this writing, the song had garnered more than 226,000 views.

According to the work’s description, Funk Turkey utilized lyrics.rip to conceive the lyrics, before performing, mixing, and mastering the vocal and instrumental portions from home – modeling his singing style and tone after that of Metallica frontman James Hetfield.

Lyrics.rip, for its part, completed the lyrics by using a Markov chain, or a complex Stochastic process named after Russian mathematician Andrey Markov.

Though the formula behind lyrics.rip appears multifaceted, its interface is anything but; users need only enter the name of the artist whose songs they’d like to replicate in unique lyrics. Then, the platform instantly returns a fresh-written collection of lyrics. Refreshing the page simply replaces the previously crafted lyrics with a new set yet.

Writing for Billie Eilish, lyrics.rip thought up a song reading, in part: “The blood you fantasize, am I saw you there / And my lover / Do you know someday I’ll make it burn.”

Admittedly, these lyrics, like those of “Deliverance Rides,” stand to benefit from a bit of editing. But the long-term potential of a tool that instantaneously writes lyrics cannot be understated.

One YouTube user succinctly summarized the possibilities of “Deliverance Rides” itself, saying: “Honestly this isn’t that bad, clean it up a little lyrically, and it’d be great.”

Funk Turkey has uploaded several other lyrics.rip-written songs to YouTube, including AC/DC-inspired “Great Balls,” Nickelback’s “Nobody Died Every Single Day,” and, most recently, the Red Hot Chili Peppers’ “Tool Shed.”

Towards this year’s start, iHeartRadio cited investments in artificial intelligence (AI) as the main reason for its laying off hundreds of (human) employees.

And in a different, equally noteworthy example of technology’s revolutionary impact on music, a Whitney Houston hologram tour — featuring musicians, singers, dancers, and a hologram designed to look and move like the late Houston — set sail earlier this year.