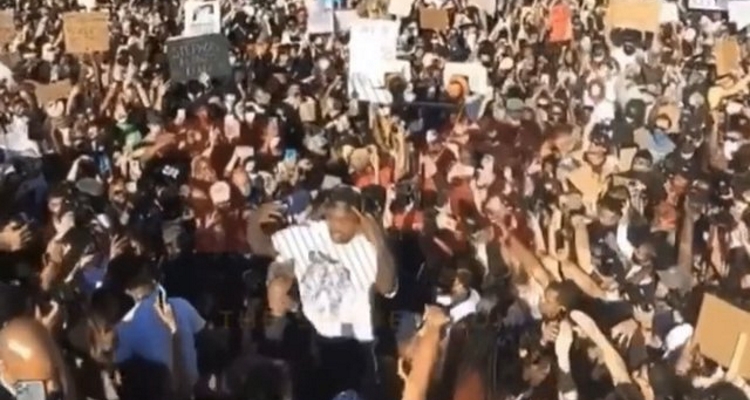 “Shooting a music video while Breonna Taylor’s killer are still walking the streets is fucking disgusting,” rapper Chika wrote on Twitter. She later uploaded a half-hour video on Instagram, explaining why she believes YG is selfish.

“If you saw YG’s name on a poster and you showed up because [of that], you’re fucked because the lives lost was not enough to do that for you,” she says in the video. But rapper YG isn’t taking the criticism sitting down. The ‘Fuck Donald Trump’ rapper says others shouldn’t question his advocacy of the cause.

YG took to Instagram to share his thoughts on those who were critical of his music video.

“For anyone out there talking, I don’t question your advocacy and don’t think you should question mine,” the rapper said. “See, you gotta understand that a lot of people out there – they see me as a n—a. They don’t see the black, proud man. They see a kid from Compton, and they expect violence. They hear FTP [‘Fuck The Police’], and they think I’m gonna come burn my city. So we showed up and did it right, we proved them wrong.”

Rapper YG further called for the criticism to cease because “all of us protesting are on the same side.”

YG says instead of questioning each other’s activism, protestors should direct that energy to the government. “Stay focused and stop that social media judgment without knowing facts and hurting a cause we are all part of,” the rapper finishes in his Instagram video.