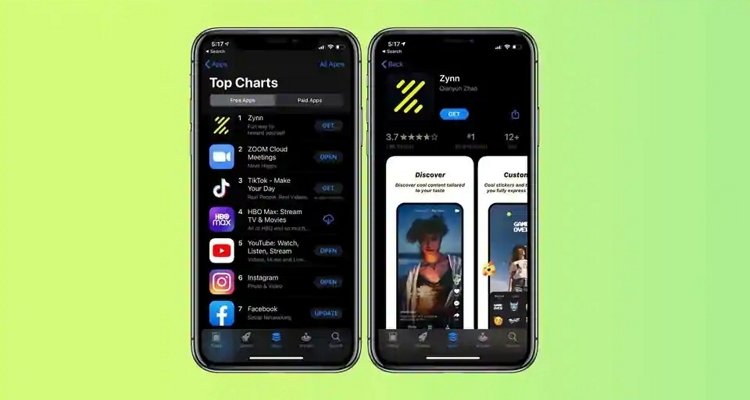 TikTok rival Zynn was removed from the Google Play Store after accusations of plagiarism arose.

You may remember the app as the TikTok clone that pays users to upload and watch videos. But it turns out that incentivizing content creation leads to mass plagiarism. Many TikTok users report that their content was being mass-uploaded to Zynn to reap those rewards.

Some TikTok accounts were cloned entirely – with their name, picture, and months of back-dated content appearing on Zynn.

While it’s tempting to blame unscrupulous users hoping to cash in, Zynn may have had a hand in the copying. Reports show some of the videos were uploaded to the service before it officially launched in the US.

Zynn launched on iOS and Android in May and quickly rocketed to the top of the charts. It was the most downloaded free iOS app in May and hit the top 10 charts on Google Play. That growth can be attributed to incentivizing users to recruit friends and watch videos.

Some users shared videos of the payouts they received, while others say they could not cash out. The scheme is highly suspicious – the app switched from cash payouts to gift cards only. Users could earn $1 for signing up, $20 for the first friend to join, and $10 for every five users afterward. The structure of rewards sounds suspiciously like a pyramid scheme – an assessment with which Common Sense Media agrees.

A spokesperson for Zynn says the company was paying users directly, rather than advertisers.

“We didn’t want to pay giant corporations like Facebook or Google, so we used the exact same amount of money to pay our frontline users instead,” the Zynn spokesperson told the Financial Times. That same spokesperson admitted the app has some problems with plagiarism and confirmed the removal. Zynn says it is working with Google to get the problem fixed ASAP.