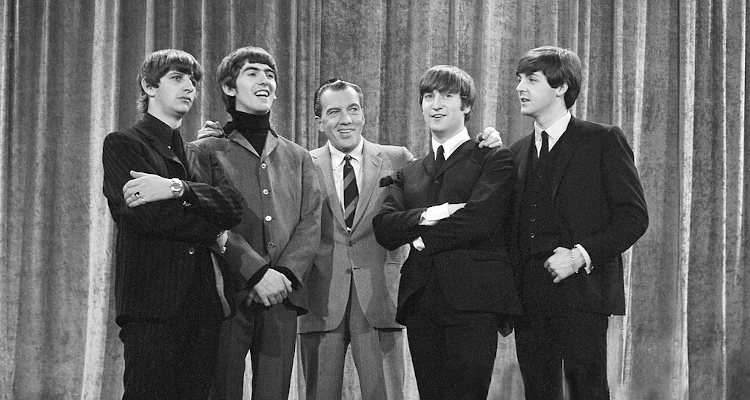 Ed Sullivan with The Beatles in 1964. Photo Credit: CBS Television

Fans can officially stream full clips of musical performances from The Ed Sullivan Show, including those delivered by some of the most prominent and successful 20th-century artists.

A substantial portion of the HD performance footage was previously available in low quality – or unavailable for viewing whatsoever, according to the companies. New videos will be posted to EdSullivan.com and YouTube daily throughout the next few years, as the agreement comprises thousands of archival performances.

The partnership kicked off today, with on-set videos from Marvin Gaye, The Supremes, The Beach Boys, The Temptations, Neil Diamond, The Jackson 5, and Gladys Knight & The Pips already live at the time of this writing.

Over the next four or so days, fans will also have the chance to catch Ed Sullivan Show performances from Smokey Robinson and the Miracles, Four Tops, and Diana Ross & The Supremes.

Addressing his brand’s agreement with SOFA Entertainment, UMe President and CEO Bruce Resnikoff said: “Ed Sullivan was a pioneer of his time and is responsible for many pivotal TV performances and significant moments in entertainment history. We will now introduce these high-quality landmark television performances from musicians, comedians, and Broadway that catapulted the careers of many icons to a global audience.”

Any appearance on the immensely popular program was an indication of success. To be sure, the likes of The Beatles, Elvis Presley, Nat King Cole, and The Rolling Stones turned in some of their greatest live performances on the show.