What Does ‘Antebellum’ Mean? A Closer Look at the Controversial Word 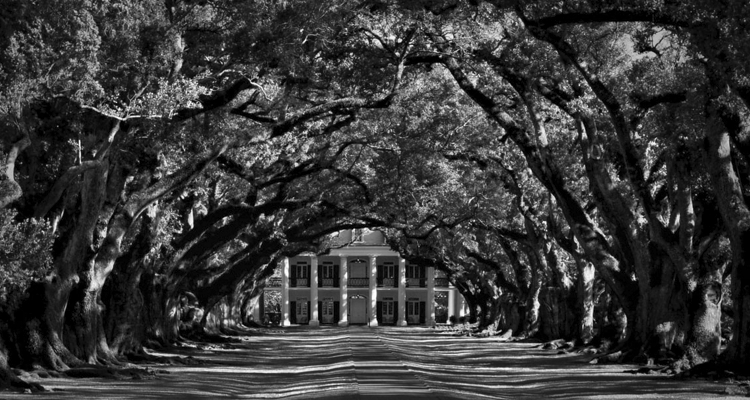 The literal Latin definition of antebellum means ‘before the war,’ though its meaning in America goes far beyond that. In U.S. history, ‘antebellum’ is primarily used to refer to the period leading up to the American Civil War and has become a focal point for controversy.

The first use of the word ‘antebellum’ in America related to plantation architecture found in the Old South during the 1800s, and eventually assumed a broader reference to other cultural elements of the pre-Civil War South.

The word has taken on heightened importance this year, with Americans now focusing on its meaning and importance. Just recently, country group Lady Antebellum decided to change its name to ‘Lady A,’ based on the word’s negative connotations. But what does ‘Antebellum’ really mean and convey to Americans, and why is it so controversial?

Antebellum architecture is the plantation in the header image – a large house and trees draped in Spanish moss is a familiar design. Greek columned estates overlooking plantations and a stately manor is a stereotypical look associated with the antebellum South. It’s an aesthetic that began to define and romanticize this era of Southern history, especially in media like Gone With the Wind. But romanticizing the South’s antebellum period has drawn sharp rebuke for marginalizing an entire group’s struggle during the period.

Antebellum romanticization often portrays white plantation owners as noble landowners – effectively glorifying a painful period for black Americans. It marginalizes the enslavement of a people for more than 300 years, which was a cornerstone of the region’s economic strength during that period.

The theory is that by attempting to deal with defeat, Southerners have created an image of the war as a great heroic epic. Fiction like Margaret Mitchell’s Gone With the Wind further solidified this idea among many Southern whites. Glorifying the antebellum period in Southern history helped the defeated paint the Civil War as a clash between two civilizations — one honorable and one greedy.

It paints the North’s struggle as “materialistic, grasping for wealth and power.”  By contrast, the Southern position was one of the tragic heroes, “waging a noble but doomed struggle to preserve their superior civilization.” Effectively, the same people that fought to keep black Americans in chains and disguised it as a battle of state’s rights.

Lady Antebellum chose the name because it sounded Southern – but ended up changing it because it glorifies a painful period in our nation’s history.

The band chose the name after dressing in Civil War clothing as a nod to their Southern heritage. But now they feel that contributing to antebellum romanticization is problematic, to say the least.  Perhaps the difference in experience can be summed-up like this: while white women read Gone With the Wind and wonder what it would be like to be Scarlett O’Hara, black people read it and wonder how awful it would be to be Mammy.

Personally, I say all this as a person who grew up in the South and witnessed racism more often than not. It’s discouraging to hear so many Southerners say this ‘dishonors’ their heritage, to remove statues and flags of traitors to the United States. But it also dishonors our black American brothers and sisters to continue to honor the symbols of their oppression.