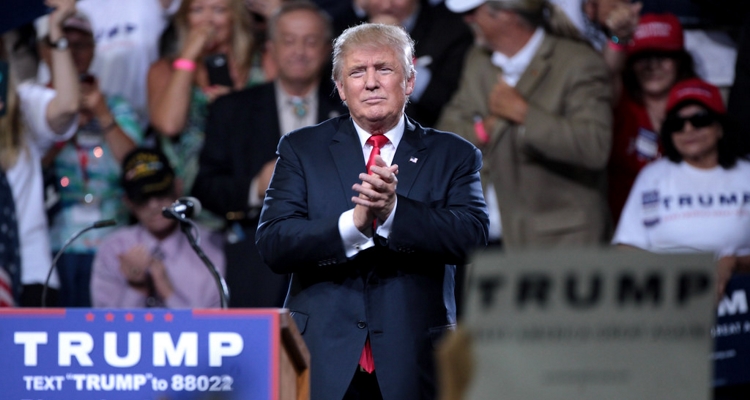 TikTok users are trolling Trump’s upcoming Tulsa rally by registering for tickets they don’t plan to use.

Donald Trump says almost one million people have requested tickets to attend the free event in Tulsa, Oklahoma. The auditorium where the rally will be held has approximately 19,000 seats. TikTok users say they’re registering to take tickets and create an empty event by flooding the system. But will the plan work?

“Those of us that want to see this auditorium barely filled or completely empty — go reserve tickets now and leave him standing alone there on the stage,” TikTok user Mary Jo Laupp told her roughly 1,000 followers (see below).  Laupp, a former Pete Buttigieg staffer, is leading the charge on TikTok to troll Trump’s comeback rally.

Mary Jo Laupp says the move came as a response to Trump scheduling the rally in Tulsa on Juneteenth, a holiday commemorating the end of slavery in the United States. Laupp called that a ‘slap in the face to the black community,’ while also noting that Tulsa is one of the sites of the worst racial violence in United States history.

She asked followers to Google both ‘Juneteenth’ and ‘Black Wall Street,’ which refers to the burgeoning black financial community that once existed in Tulsa.

@maryjolauppDid you know you can make sure there are empty seats at Trump’s rally? ##BLM.♬ original sound – maryjolaupp

TikTok users are also asking K-pop fans to join their crusade. K-pop fans are a well-known force on social media. After BTS announced a $1 million donation to #BLM activists, the BTS Army matched it 24 hours later. K-pop fans also took over the #WhiteLivesMatter hashtag to drown out racist comments on Twitter and Instagram.

The backlash Trump’s campaign received for hosting the rally on June 19th eventually forced them to push it to Saturday, June 20th. Trump said he was initially unaware of the Juneteenth holiday, as were many Americans, though BLM activists are now pushing to declare the date a national holiday.

Beyond the Juneteenth controversy, many people are also concerned about the spread of coronavirus from massive public events like political rallies, which are considered ‘super-spreaders’ of the virus.  That includes Dr. Anthony Fauci, who has publicly opposed the rally given the likelihood that it will increase new coronavirus contractions. Oklahoma itself is still in the early stages of re-opening, with social distancing guidelines in place.

Accordingly, organizers of the Tulsa rally have asked attendees to sign a waiver saying that they won’t sue the campaign if they get COVID-19.  But a large number of Trump supporters will readily sign the waivers — and ditch the masks entirely.  Heading into the weekend, a number of Trump supporters were uploading clips of themselves burning masks — while questioning why Dr. Fauci doesn’t seem concerned about COVID-19 issues during nationwide BLM protests.

As for leaving the seats empty, Trump’s campaign believes the stunt will backfire. But they’re taking things further by retaliating against the trolls.  “They think if they sign up for tickets that will leave empty seats,” a campaign staffer told CNN.

“Not the case at all. Always way more ticket requests than seats available at a rally. All they are doing is giving us access to their contact information.”