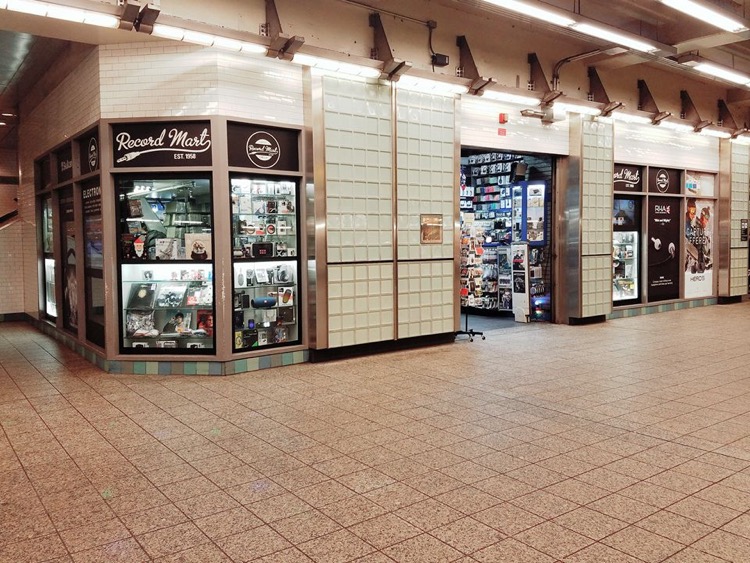 Record Mart recently confirmed the unfortunate news on Facebook, writing: “Sad to say it is the end of era!!”

Outside of that brief statement, the famed Times Square subway station record shop hasn’t addressed its closure on the internet. Instead, the store taped a typed message on its entrance (penned by Lou Moskowitz, son of the brand’s co-founder).

Citing the pandemic as the chief cause of his store’s closure, Moskowitz thanked customers for their support and signaled that his brand “will be moving into the vintage audio business.”

Founded by Jesse Moskowitz and Bob Stack in 1958, Record Mart quickly emerged as one of New York’s foremost distributors of Latin music. Following nine years of suspended operations (between 1998 and 2007) as the Times Square subway station was renovated, Record Mart reopened and achieved relative success.

Unfortunately, New York City’s total number of subway riders fell dramatically amid the early portion of the coronavirus (COVID-19) crisis and its associated lockdown measures. Though “The Big Apple” is seeing commuters return to the subway, the daily passenger total remains dramatically lower than it was before the novel coronavirus pandemic’s domestic onset.

Making matters worse for New York City companies, an estimated 450 businesses were vandalized and/or looted by violent elements of the protests that emerged in the wake of George Floyd’s tragic passing.

Late last month, Digital Music News was first to report that the fiscal impact of the coronavirus had forced record stores Steady Sounds and Dead Media to shut down.