Spotify Rolling Out Video Ads In the US, UK, and Canada — ‘Listeners Are Already Engaging With Their Sound On’ 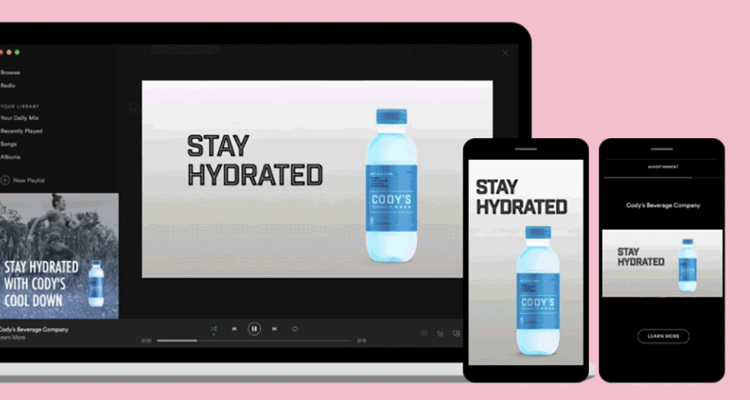 Spotify is now rolling out video ads to users in the US, UK, and Canada via its Ads Studio.

Spotify says most people engage with video ads with their sound muted, but Spotify listeners “are engaging with their sound on.” The streaming giant further notes that running video ads and audio ads “produces higher brand results” than video ads alone. Video ads with sound produce a 1.9x ad recall and 2.2x increase in brand awareness, according to the company’s stats.

Spotify video ads are currently available in the US, UK, and Canada to select advertisers.

Ad Studio offers horizontal video or vertical video ads. Horizontal videos are optimized for any platform, but vertical ads are mobile-focused for iOS and Android. Currently, Spotify Ad Studio is available in 22 markets across the world. It allows advertisers to upload a script, and Spotify will then produce an audio ad in a little as an hour.

Spotify says 50% of its advertisers used the tool in May, up 11% from March. Spotify’s push into video ads may increase brand awareness, but it may also drive new subscriptions.

Video ads with sound are often cited as the most annoying type of advertising online. The second? Video ads that play automatically without sound – followed by audio ads on music streaming services. It sounds like Spotify is creating the perfect storm of annoying user experience – but will more people fork over cash for a no-ads experience?

For now, Spotify has an estimated 286 million active Spotify users – and 130 million of them are Spotify Premium subscribers. Those numbers are up from Spotify’s Q4 2019 report.