The Revolution Will Be Recorded: How Can Artists Shape Movements and Change Lives? 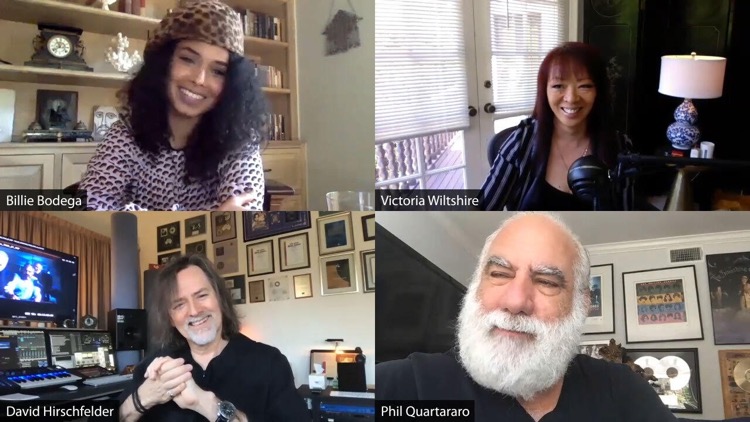 Music licensing and distribution platform Songtradr recently hosted their third “Happy Hour” livestream event, Music Through the Ages: Soundtrack or Catalyst of Change? A skillful artist, a veteran music executive, and a prominent composer were assembled to discuss the role music plays during times of tumultuous change.

Digital Music News was on hand for the virtual event, which was moderated by Songtradr CXO Victoria Wiltshire.

By describing their own realities in music, artists can define broad change.

“There’s always periods of music that are a reflection of what’s going on in the world at any given time,” said Phil Quartararo.

The longtime executive became aware of music’s ability to convey social shifts during the late 1970s, when he witnessed the disco era in his native New York. Though the music wasn’t Quartararo’s favorite, he immediately recognized its importance in capturing the mood and feeling of the time.  The dance-focused revolution allowed artists to relay their experiences and realities to anyone with (or around) a radio.

And besides defining movements as they occur, music trends, from disco to hair bands and grunge to contemporary pop, serve as a reference point for future artists and generations as they tell their own stories.

“It’ll be very interesting to see how this moment in time – the last few weeks – will be represented in the music that’s starting to come now,” concluded the former Warner Bros. Records head.

Authenticity is the key to resonating with listeners.

Billie Bodega concurred with Hirschfelder’s assessment that the best music – and the music that’s most likely to resonate with listeners and stir change – is that which artists create from the heart, establishing a personal connection with the work as opposed to recording solely in the pursuit of plays and profits.

And in doing so, the “Like Woah” singer described how her fellow artists can release music that elicits change and touches an abundance of fans.

When shopping for producers and collaborators, Bodega said she looks out for “certain key phrases” that tell her “this isn’t really going to be a great collaboration.”

“When someone starts saying, ‘We’re looking for a hit. We’re gonna make a hit.’ The second I hear that word, I automatically know we’re not really on the same wavelength. It is definitely a balancing act, with art and commerce, but if you go into the process knowing that you are looking for that result, whatever you come out with is inherently, in my opinion, not authentic.”

In an era where many define success exclusively by play counts and followers, there’s irrefutable value in the idea – the reassurance – that investing in the creative process and the art will ultimately bring about commercial results.

“I think if you’re being true to yourself as an artist, and you’re doing what you need to be doing, then out of that process, organically, you will eventually find your hit,” said Bodega.

Artists’ creative journeys – the painstaking ways in which they translate their feelings and experiences into song – help fans as they face personal change. In this way, music impacts both broad social movements and personally significant happenings and obstacles.

“I think music has been and always will be a soundtrack of our lives,” said David Hirschfelder. “I also think it does have healing powers.”

Additionally, Hirschfelder noted that he felt music’s healing capabilities firsthand during his teenage years: “I think music actually gave me an incredible sense of power, self-esteem, joy, and the ability to express . . . I think it got me through my teens for sure.”

And in aiding the Oscar nominee in his battle against personal challenges, music also enabled him to reach others yet; to assist them through life’s most trying periods, so that they too can proceed to experience its highs.

No other form of media has the ability to define far-reaching social shifts and, more intimately, help individuals put times of tumult in the rearview mirror.

Artists would do well to bear in mind this importance and potential as they create their own music.

Phil Quartararo perfectly summarized the point when identifying one thing he wished he’d known at the start of his immensely successful career.  “Composers are divinely inspired,” he said. “They’re different than everybody else walking around the planet. They need to be treated differently.”

The other panel members promptly nodded their heads in agreement.

Fans can catch the full replay of the Songtradr Happy Hour on YouTube. The next edition – scheduled for Thursday, June 25th – will cover the balance of branding and artistry.