iOS 14 Will Overhaul Podcasts App With New ‘For You’ Section 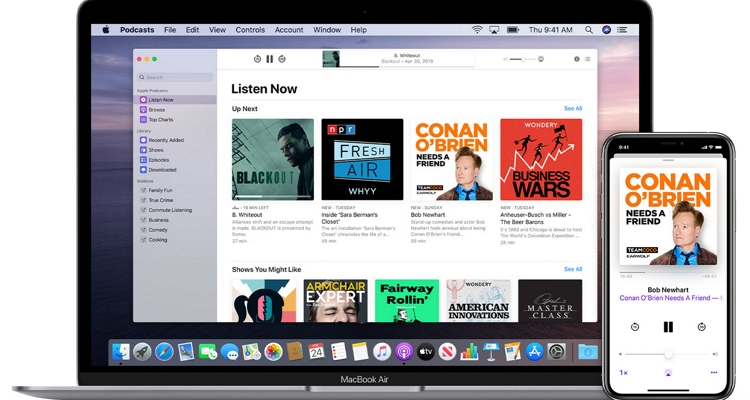 The Apple Podcasts app is getting a massive overhaul in iOS 14 – with personalized offerings.

The rumor says Apple is also exploring a new feature to allow users to offer bonus content. There’s already something similar in place for bonus content on the Apple TV app. Bonus content appears in the same feed as the podcast – but remains separate from regular episodes.

Last year, Spotify’s push into podcasting helped propel it ahead of Apple in many countries.

Now Apple is investing big to make podcasting an original destination, much like Spotify. The podcasting landscape is already being carved up into exclusives. Joe Rogan and Kim Kardashian’s new shows will land exclusively at Spotify. Meanwhile, Apple is gearing up to buy or produce its own original podcasts based on Apple TV shows and movies.

A report at the end of May 2020 suggested Apple is searching for a new executive to lead its podcasting network. That new executive will report to Ben Cave, Apple’s current Head of Podcasting. Meanwhile, rival Spotify has snapped up production outlets like Gimlet Media.

The Bloomberg report concerning Apple’s podcasting plans described it as Apple “dipping its toe” into original content waters. The company has not yet gone all-in on producing original content.

Spotify invested over $500 million in podcasting in 2019 alone. This year, it spent at least $100 million acquiring exclusive rights to the ‘Joe Rogan Experience’ podcast. Shortly after, Spotify revealed a new podcast focusing on criminal justice reform and hosted by Kim Kardashian.