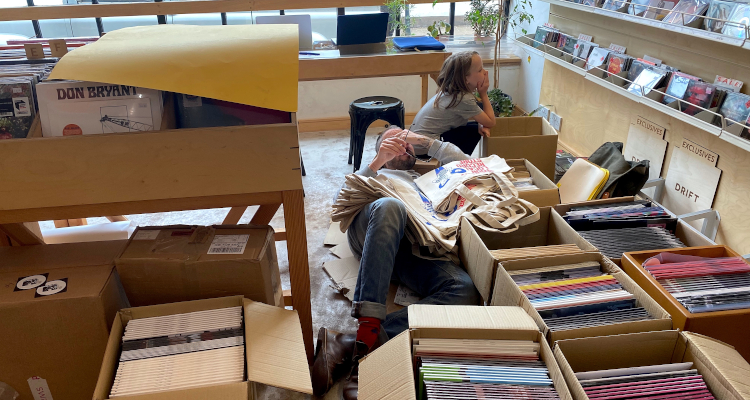 The substantial sum derived from the Love Record Stores event, during which fans were encouraged to purchase limited-edition (and vinyl-exclusive) albums from their favorite British music retailers. Importantly, June 20th was the original date of Record Store Day 2020, which organizers have now split into three weekends (across August, September, and October).

As part of the Love Record Stores initiative, labels and artists (including Elton John, Tom Walker, and The Rolling Stones, among others) shipped approximately 50,000 vinyl units, encompassing 83 new and reissued records, to retailers ahead of June 20th.

Participating retailers indicated that many of the products sold out less than one hour after becoming available for purchase. More broadly, Love Record Stores has generated considerable buzz on social media since launching in April, and fan interest was undoubtedly bolstered by the in-store performances livestreamed by prominent artists and DJs.

Some of the event’s over $1.24 million in revenue benefited the Music Venue Trust (MVT), which previously rallied for financial aid on behalf of 556 British music venues that are facing dire financial straits – and a very real chance of permanently closing – due to the COVID-19 crisis.

“We had really high hopes for our #loverecordstores event, but things exceeded even our most ambitious expectations. The feedback we’ve had from participating record stores has been phenomenal with reports of some doing a month’s business in less than an hour on Saturday. We have been stunned by the generosity and commitment of artists and the wider music community, which was hugely enjoyed by music fans this weekend.”

The first Saturday of Record Store Day 2020 is set for August 29th, with the latter two portions of the function slated for September 26th and October 24th.

Since being unveiled by RSD higher-ups in April, this three-weekend plan has received a mixed response from fans.