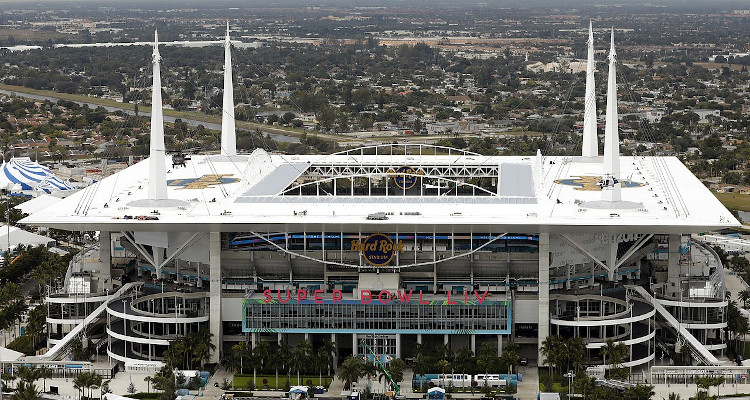 The Miami Dolphins have converted their Hard Rock Stadium into a drive-in movie theater to safely entertain fans amid the coronavirus (COVID-19) crisis.

The stadium floor can accommodate up to 175 cars per showing, and attendees simply navigate their vehicles onto pre-designated – and socially distanced – spots. Passes cost a flat $39 per vehicle, and fans have the option of watching the stadium’s big screen from inside or in front of their cars, as folding chairs and other temporary seats are allowed.

Jurassic Park, Knives Out, Jaws, and Creed are among the movies that the Hard Rock Stadium will show in the coming weeks. Additionally, the drive-in will replay Super Bowl VIII (in which the Dolphins won their second consecutive Super Bowl) this Saturday, June 27th.

Proceeds from drive-in theater, as well as the NFL team’s open-air theater, will benefit the Miami Dolphins Foundation, which is providing 5,000 meals per week to in-need residents.

Dolphins higher-ups haven’t yet voiced their intention to pivot to drive-in concerts, but with pre-installed screens and a 700-person on-field capacity (assuming that four guests occupy each car) in the Hard Rock Stadium – not to mention an abundance of traditional seats – the potential is certainly there.

Faced with the considerable operational and logistical strains of indoor move theaters, film festivals are also making the switch to outdoor settings. And country star Garth Brooks is preparing to offer a one-night-only drive-in concert this Saturday, at more than 300 locations across the United States and Canada.