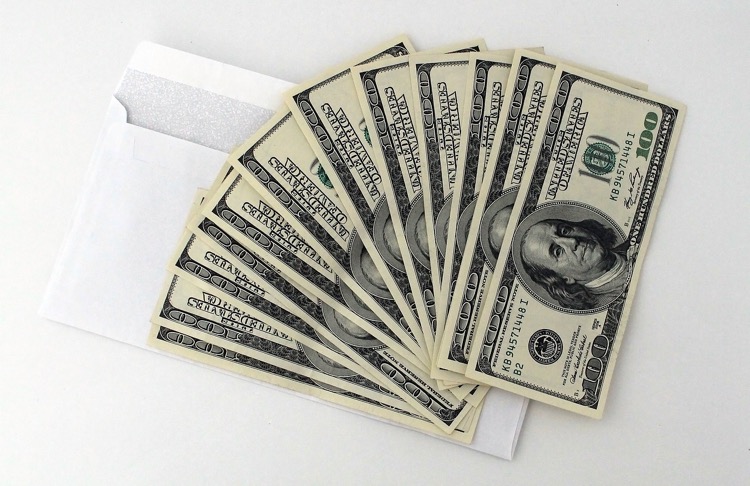 Following the passage of the $2.2 trillion CARES Act, the U.S. Treasury mailed more than 160 million stimulus checks to Americans. The stimulus payments, mostly in the form of $1,200 checks, followed mass-layoffs caused by COVID-19 and the resulting turbulence.

But with many Americans still out of work, the question of a second stimulus check is becoming more pressing.  That includes everyone from machine-shop workers to musicians, all of whom are struggling to get back to work.  Many have simply burned through their first $1,200 checks and need more cash — right now.

Latest Status: A second stimulus check isn’t being mailed out yet — but the President and Congress are actively discussing the options.

President Donald Trump says a second stimulus check is probably ahead — but didn’t say when.

In an interview with Scripps earlier this week, the President indicated that another relief package is likely on the way.  But he didn’t offer any specifics, or indicate when new stimulus money would be mailed.

When asked when the second stimulus checks would be authorized, Trump projected a “couple of weeks.” But he declined to offer anything more specific. He also pointed to bipartisan support for the additional stimulus bill for eligible Americans.

Update (July 4th 2020): President Trump has now indicated that a second stimulus check of an amount greater than $1,200 is in the works.  More details here.

Separately, U.S. Treasury Secretary Steven Mnuchin indicated that a number of different options are being considered.  “We’re talking about a bunch of different ideas that we may need to do in another bill, and we want to take our time and make sure we’re thoughtful,” Mnuchin said.  “So whatever we do it’ll be much more targeted, much more focused on jobs, bringing back jobs and making sure we take care of our kids.”

But how strong is Congressional support?

One reason is that an economic recovery is already underway, and a second stimulus check could generate serious runaway inflation. Additionally, many Americans have discovered that their unemployment benefits are greater than their previous paychecks.  The federal government also added $600 for millions who filed for unemployment, which compounded the problem.

The prompted at least one White House economic adviser to slow down discussions of a second stimulus check. Still, Trump seems interested in moving ahead, especially with an election coming up in November.

Other attempts to generate a second stimulus bill have also sputtered.  The House subsequently approved the multi-trillion Heroes Act, which included a second $1,200 second stimulus check for Americans. Additionally, roughly 160 million people and their children would receive benefits, with some households receiving up to $6,000.

The Heroes Act was roundly rejected by Senate Republicans, many of whom declared it ‘dead on arrival.’

What if you haven’t spent your first $1,200 stimulus check?

That won’t have a direct impact, but could play a broader role in Congress’ decisions surrounding a second stimulus check. That’s because a large number of Americans haven’t spent their first stimulus checks. Instead, banks have reported a sharp rise in personal savings, which means the money didn’t go back into the economy.

The finding is sparking fears that the same thing will happen with a second stimulus check, and causing some hesitation around a second relief mailing.

Accordingly, the spike in personal savings could mean that second stimulus checks will only go to people that actually need them. Those returning to work, for example, may not receive checks. Alternatively, those who remain unemployed or are unable to pay rent may be given preference for stimulus payments.

What about the Paycheck Protection Program (PPP)?

While not a direct check to Americans, the Paycheck Protection Program (PPP) was designed to help small businesses retain employees during COVID-19 lockdowns. That could generate more income opportunities for Americans as businesses get back on their feet.

Unfortunately, the PPP program failed to dramatically stem the tide of layoffs or help businesses rehire employees. Part of the problem, as previously mentioned, is that many Americans are earning more from unemployment benefits than from their previous jobs.

Still, a second PPP round could address some of those issues, and encourage people to go back to work. It would also keep many businesses alive, and improve their chances of hiring people in the coming months.  Accordingly, both the House and Senate are actively considering a second round of Paycheck Protection Program (PPP) payments to small businesses nationwide.

The result would be more cash to small businesses nationwide, and potentially more jobs for out-of-work Americans.

What will be the income requirements for a second stimulus check?

This time around, it’s entirely unclear if those same levels will be applied.  Currently, Congress has not offered any concrete proposals related to income levels, or even the specific amount of  a proposed second stimulus check.

More details will likely emerge over the coming weeks as both Congress and the White House deliberate over the details of a follow-up stimulus relief bill.