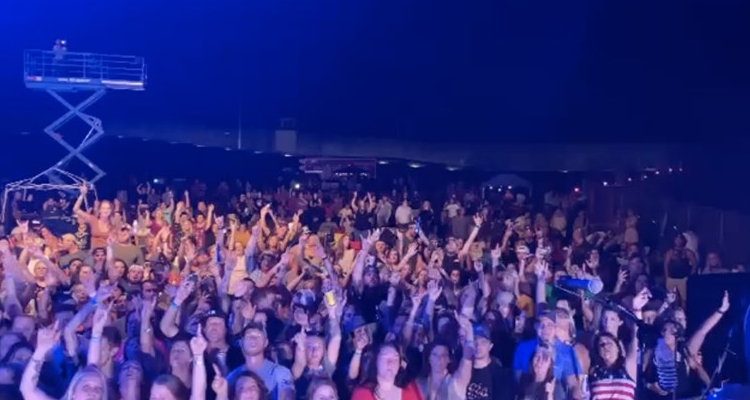 As coronavirus cases are rising throughout the South, Rice shared a video of his audience in Tennessee. The video was taken from the stage and panned over a massive audience with the caption – “We back.” The video clip attracted tons of attention on social media.

“Imagine being selfish enough to put thousands of people’s health at risk, not to mention the potential ripple effect, and play a NORMAL country concert right now,” she tweeted directly at Rice. “We all want (and need) to tour. We just care about our fans and their families enough to wait.”

Many people at the Chase Rice concert were not wearing a mask. Country singer Chris Janson also shared a video of a show he played on Saturday night. In that video, it’s hard to tell if any of the concert-goers are wearing masks or not. After Rice began taking heat for sharing his video, Janson deleted his video footage from Instagram.

Several bars and restaurants have been cited in the Nashville area for opening beyond capacity. Bonnaroo officially canceled its 2020 year after postponing the event to September. Coronavirus new cases are rising rapidly in Tennessee. This screen capture is taken from Google’s numbers just this morning. You can see the massive spike in COVID-19 new cases will likely continue. 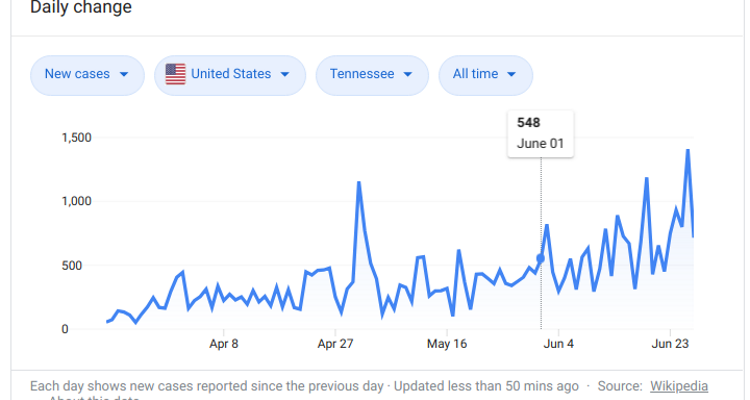 The Brushy Mountain Group (BMG) hosted the concert at the Brushy Mountain State Penitentiary. BMG told Variety that “all local requirements were abided by for the recent concert.” The Group also denies that there were 4,000 people in attendance.

“We drastically reduced our maximum venue capacity of 10,000 to 4,000 maximum capacity. Lower than the state’s advisement of 50%. Less than 1,000 [people] in attendance on Saturday night, providing ample space in the outdoor lawn area for fans to spread out to their own comfort level,” a BMG spokesperson says.

BMG also says all fans were given temperature checks and free hand sanitizer before being admitted. Bandanas were sold on-site for those concerned about COVID-19 spread. Massive concerts like this are already tied to spreading COVID-19 among the community. Florida is a growing hot spot, and much of the state is now shutting down because of super-spreaders.