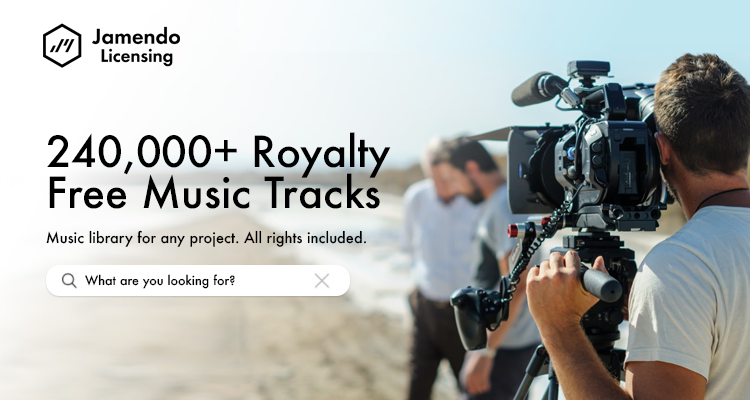 If the world has arrived at all-you-can-eat subscription, why hasn’t sync music licensing? Now, leading indie licensing platform Jamendo has launched a sync-subscription service that aims to benefit indie creators and artists alike.

Jamendo’s concept is designed to reduce the hassle and costs associated with sync licensing, which can be considerable for independent content creators and musicians alike.  Both camps are creating tons of content, but simply cannot allocate as many resources to sync as more established studios, artists, or brands.

Jamendo, which has been offering a-la-carte sync licensing for years, is hoping to address that market problem.  By affording quick-rising creators unlimited access to a substantial collection of songs that are ready to use (while also providing indie artists with invaluable payments and exposure), the company is hoping to change the synchronization landscape for the better.

Jamendo’s royalty-free subscription service is essentially a product tweak designed to accommodate the massive volumes of content being created these days.  The demand for (and the reach of) internet media is greater than ever, and it all requires music to work.

Accordingly, Jamendo wants to give creators the ability to license as much music as their projects require – with no strings attached.  Now, they’re working with Digital Music News to help expand awareness of the launch, and generate a lot more revenue for musicians in the process.

The perks of the subscription service are multifaceted, in the sense that they aid both artists and licensees.

By having their tracks featured (potentially often) in videos, podcasts, and more, artists will enjoy additional exposure and steady income.  Since its inception, Luxembourg-based Jamendo has paid a fair share of its earnings directly to artists.

There’s also a budget-friendly perk for indie creators. With Jamendo’s sync-subscription service, budget-restricted licensees don’t have to worry about licensing-agreement nuances, burdensome costs, or, perhaps most significantly, lacking access to the music that their content calls for.

The result is a high-volume sync-licensing service that aims to satisfy the interests of all indie parties involved.

For Jamendo, there are plenty of moving parts involved with creating and maintaining a more than 240,000-track sync library, from which subscribers can use as many songs as they need. But Jamendo has been in this game for a while.

For roughly 12 years, the platform has specialized in facilitating single-song usage licenses (for online media, film, television, and more) between professionals and independent artists.  As much as 65 percent of each such transaction has reached musicians. Moreover, Jamendo has long compensated artists on a monthly basis, so that they can rely on a steady source of income.

That’s been a driving mission for the company. “Everything for Jamendo is about the artists,” Jamendo General Manager Jocelyn Seilles told DMN.

The virtuous circle looks something like this: satisfied, well-paid artists mean that Jamendo subscription customers will have ongoing access to tremendous music – and that they’ll be helping musicians as they license tracks.

But how does Jamendo define a smaller indie creator?  And how much stuff can they use?  As part of its rollout, Jamendo is offering the service to small businesses and professionals who employ 150 or fewer team members. Subscribers can use as many of the songs (in as many of their internet-based projects) as they like, though they cannot download more than 50 track-ownership certificates per day.

If a business or professional decides to put their subscription on hold, existing internet content that features Jamendo songs will still be covered under the original sync licenses.

Lastly, Jamendo subscriptions allow for unlimited use of music in online projects (YouTube videos, podcasts, etc.), but don’t cover film, television, radio shows, or on-site plays. Subscribers can purchase these and other non-internet licenses on a track-by-track basis and at a 25 percent discount (compared to the rate paid by non-subscribers).

Recent years have seen listenership and viewership figures increase exponentially, and all signs indicate that this ongoing growth is part of a fundamental change in the way that entertainment is enjoyed.

Consequently, there’s never been a better time for small businesses and creators to secure the tools required to effectively reach customers and fans, respectively, without breaking the bank.

Jamendo’s subscription service undoubtedly qualifies as one such tool, and it’ll provide clients with the resources and the peace of mind they need to focus on their projects’ most important elements and challenges.