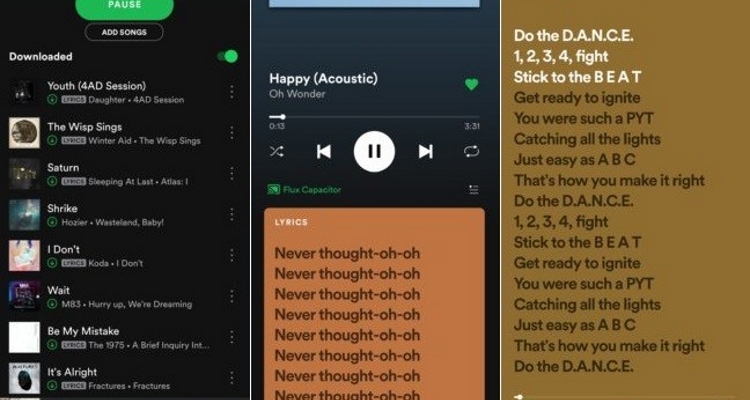 Spotify realtime lyrics are rolling out to 26 new markets today – but not in the US.

Spotify began testing the realtime lyrics feature last November in select markets. The launch is happening thanks to a partnership with lyrics provider Musixmatch. It’s the same lyrics partner Spotify used for its testing last year. At the time, Canada was a test market for realtime lyrics, but it will not be a launch country.

Spotify partnered with Musixmatch for lyrics previously but cut ties in 2016. Later, Spotify teamed up with Genius for its “Behind the Lyrics” feature. Then in 2018, Apple became the exclusive web player for Genius in an expanded partnership.

The exclusive Apple partnership has left Spotify seeking a new partner to provide its realtime lyrics.

Licensing lyrics from official partners is tricky, as Google’s kerfluffle with LyricFind shows. Genius sued Google and LyricFind for $50 million after the company proved that LyricFind was copy/pasting its lyrics. Genius used a digital watermarking technique of alternating commas to spell out the word ‘red-handed’ in Morse code.

Despite the lawsuit, Google hasn’t dumped LyricFind as its partner. LyricFind apologized in a ham-fisted way, saying that Genius “has no ownership of the lyric rights.” It argues that Genius sources its lyrics from user submissions, and those users “may not be transcribing from scratch.”

Labels or publishers don’t usually provide lyrics to streaming services. Instead, lyric companies like LyricFind and Genius rely on fans to transcribe the lyrics. They then get a license from the publisher to display and distribute the lyrics. Genius works with artists directly, making it a popular destination for artist-confirmed lyrics.

Removing Canada from the test market is a strange move, but maybe the feature will arrive in the US and Canada soon enough. Spotify is focusing so heavily on its podcasting strategy that its music strategy suddenly feels disjointed.