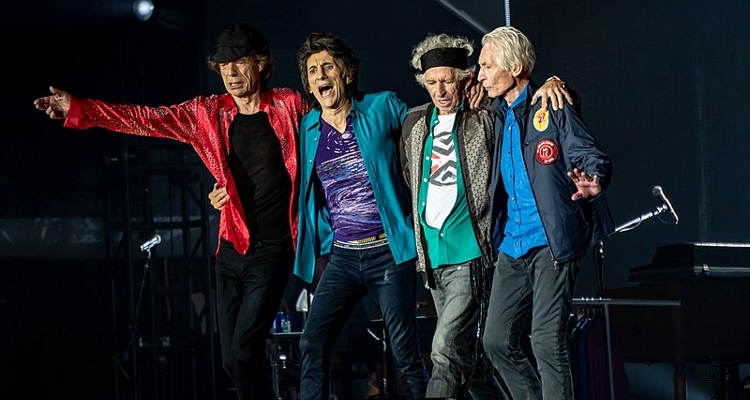 ASCAP is now joining rival BMI in warning Donald Trump against playing Rolling Stones music at political rallies. But can they really sue?

The Rolling Stones have been vocal opponents of Trump using their music since at least 2016. The legendary rock n’ roll band threatened legal action against then-candidate Trump – twice. But after Trump played the hit, “You Can’t Always Get What You Want” at his recent Tulsa rally, the Rolling Stones are rattling the cage again.

Performance rights organization BMI sent a cease-and-desist to the campaign earlier this week. “BMI has notified the Trump campaign on behalf of the Stones that the unauthorized use of their songs will constitute a breach of its licensing agreement. If Donald Trump disregards the exclusion and persists, then he would face a lawsuit for breaking the embargo and playing music that has not been licensed,” BMI lawyers confirmed.

Those songs include “Start Me Up,” “Emotional Rescue,” “Waiting on a Friend,” and “Angie.” Trump played “Start Me Up” the night he clinched the Republican nomination. At the time, Mick Jagger conceded there was little the band could do because of general licensing for most music arenas.

“The thing is when you appear in America… if you’re in a public place like Madison Square Garden, you can play any music you want, and you can’t be stopped,” Jagger said during a Twitter Q&A session. “If you write a song and someone plays it in a restaurant that you go to, you can’t stop them. They can play what they want.”

That’s an accurate description of U.S. Copyright Law as it applies to public performances of works. But maybe with ASCAP and BMI backing them up, the Rolling Stones can finally stop Trump from playing their music.

ASCAP says the Trump 2020 campaign team has not applied for their blanket license. According to ASCAP’s explanation, that means the campaign can’t legally use any songs in the ASCAP repertory. That is, unless the campaign licenses those works directly.

If the Trump campaign does request a license, ASCAP says it will inform the campaign of any song exclusions.

“At present, notable among the ASCAP members who have asked that their songs be excluded from the 2020 Trump campaign ASCAP license agreement are Neil Young, the estate of Tom Petty, and ASCAP-licensed works by The Rolling Stones.”

ASCAP’s chest-thumping sounds like a stretch, especially since the venues are typically the ones securing the performance licenses in question. But both ASCAP and BMI have pointed to specific exclusions related to political events. Still, legally speaking, the exclusions appear largely untested and tricky to enforce.

A Political Campaign License agreement allows Trump to “play what he wants,” as Mick Jagger puts it. But that agreement also allows ASCAP members to exclude specific songs from political campaigns, at least technically. BMI has a similar clause in its political campaign license. The two PROs license over 26 million songs collectively.