Apple, Google, Amazon and Facebook CEOs to Testify Before Congress 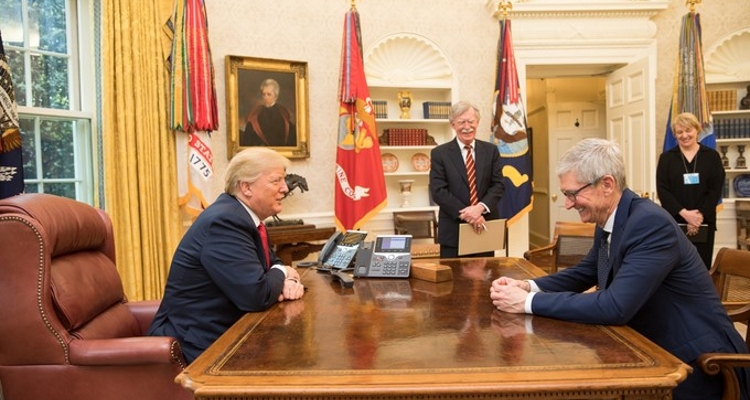 Tech giant CEOs from Amazon, Apple, Facebook, and Google will soon testify in front of Congress on monopolistic concerns.

All four CEOs have agreed to testify before the House Judiciary Committee, and unprecedented step. Tim Cook was the last to confirm his attendance at the hearing. Both Facebook and Google agreed to make their top executives available for questioning – if other companies did the same. Last month, CNBC confirmed Jeff Bezos would testify before Congress.

This hearing marks the first time all four major tech CEOs will testify in front of Congress. It’s not clear if the event will take place in person or virtually, due to the pandemic. Either way, the hearing is slated to happen in late July, though no actual date or format for testimony has been shared.

Mark Zuckerberg (Facebook), Sundar Pichai (Google), and Tim Cook (Apple) have all appeared in front of Congress before. But this hearing marks the first time Jeff Bezos (Amazon) will appear. All four companies declined a request for a comment when the news broke.

The House Judiciary Committee announced an antitrust investigation into Amazon, Apple, Google, and Facebook in June 2019. Testimony from the CEOs would be one of the final steps in the House’s probe. The probe is expected to result in some changes to the digital landscape, with elephant monopolies likely facing regulations.

The House probe is not likely to result in enforcement actions, but federal and state regulators’ investigations could. The Justice Department is said to be nearing a potential lawsuit against Google over anti-competitive practices. The FTC is investigating Facebook, while Apple is dealing with antitrust allegations in the EU.

Any of these investigations could lead to a drastic change in how digital marketplaces operate.

On June 16th, the European Commission opened a formal antitrust investigation into Apple’s app developers’ rules. “The investigations concern, in particular, the mandatory use of Apple’s own proprietary in-app purchase system and restrictions on developers’ ability to inform iPhone and iPad users of alternative cheaper purchasing possibilities outside of apps,” the announcement reads.

The probe was partly sparked by Spotify, which openly complained to the European Commission about Apple’s unfair advantage. Spotify accuses Apple of playing a ‘gatekeeper’ role between it and its iOS customers. Apple charges a 30% commission on all of its in-app purchases – something Spotify calls the ‘App Store tax.’