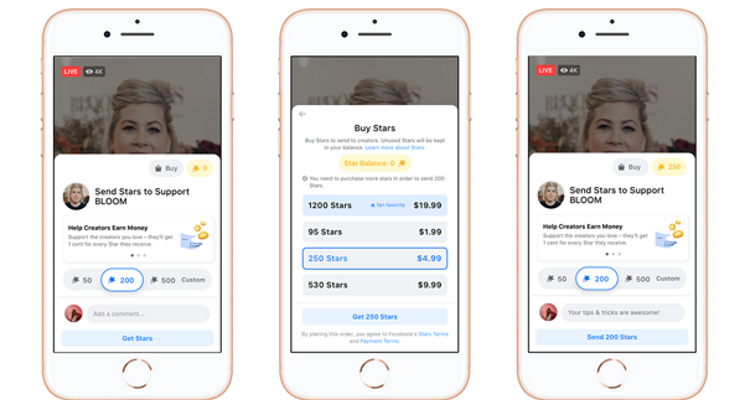 Twitch is geared primarily toward gamers, but the service has become more accommodating of artists. The COVID-19 pandemic has musicians and creators scrambling to support themselves amid closures. Twitch launched a fast-track program for artists with established SoundCloud profiles to get monetized. But a platform geared toward video games doesn’t have the same reach as Facebook.

Facebook first started testing fan subscriptions in 2018 in the U.S. and U.K. with a small group of creators.

Fans can subscribe to their favorite creator’s channels with a $4.99 monthly fee. That fee gives access to exclusive content and a fan badge for their profiles. Now, Facebook is expanding fan subscriptions for creators to even more countries.

Creators in Australia, Brazil, Canada, Mexico, Thailand, the U.K., and the U.S. can now use the feature. Musicians will need to have over 10,000 followers or more than 250 return viewers. They also need either 50,000 post engagements in total or 180,000 watch minutes in the last 60 days. Facebook is narrowing the feature down to established creators for now. Much like Twitch, Facebook takes a 30% cut of the subscription revenue.

Twitch has bits, and Facebook fan subscriptions have stars — both a virtual currency for tipping.

“We’re seeing the traditional notion of a creator evolve as comedians, artists, fitness instructors, athletes, small businesses, and sports organizations use video and online events to connect with their audience,” Facebook’s Marketing Director Yoav Arnstein says. “To better support our partners, we’re improving the tools that help creators earn money and manage their presence on Facebook.”

Aside from fan subscriptions and digital currencies, Facebook is also experimenting with ads. Creators may be able to earn money through image and post-roll ads in their short-form videos. Facebook is going all-in on short-form videos in an attempt to drown out TikTok.

The mega-corporation has already set a precedent for copying what it can’t acquire. ‘Stories’ on Facebook and Instagram are wholesale ripoffs from Snapchat. Soon, users will be able to create 15-second short-form videos on Instagram, a-la TikTok.

Maybe that’s for the best. TikTok’s shady privacy practices and looming U.S. investigation are making it hard to care. Both Facebook and TikTok are collecting inordinate amounts of data from their users, with TikTok’s data potentially being harvested by the Chinese government.