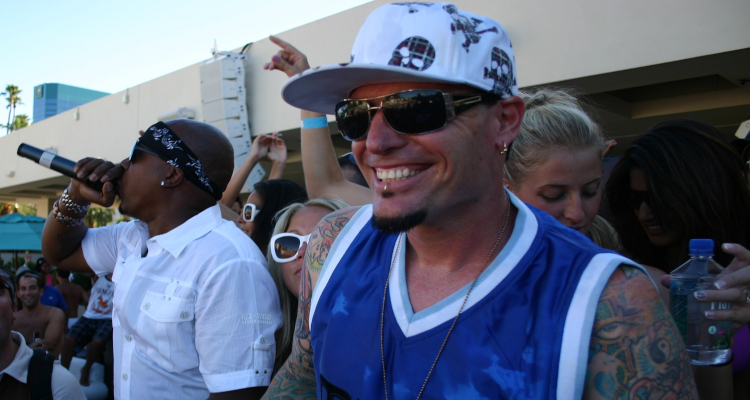 Rapper Vanilla Ice has canceled a planned Fourth of July concert in Austin, Texas, following pushback and criticism from fans.

Vanilla Ice indicated that he is “not going” to the Austin gig in an Instagram video posted just moments ago.

The 52-year-old artist’s reversal arrived hours after he penned a controversial tweet doubling down on his intention to play the Independence Day show.

“I take the coronavirus serious,” he wrote. “But we can’t live in a bubble. I think at this point we all understand the severity of it. Practice social distancing and wear a mask. This is an outside venue, Fourth of July on the lake with fireworks. Plenty of room for distancing.”

Despite his promises of social distancing and mask wearing, a substantial number of social media users questioned the show’s potential threat to the health and wellbeing of attendees. Texas has experienced something of a surge in COVID-19 cases this week, with medical professionals having diagnosed more than 8,000 sufferers overnight.

In Travis County, where Austin is located, over 10,000 individuals have tested positive for the novel coronavirus to date, and 128 have perished as a result of its complications.

“Hey guys, gonna give you a little update about the concert in Austin,” Ice began his Instagram cancellation announcement, walking and recording selfie footage. The Dallas, Texas, native also shaved his beard – a point many fans noted in the comments section.

“Basically, I’m not going. I listen to my fans; I hear all you people out there, I didn’t know the [coronavirus infection] numbers were so crazy in Austin. But we were hoping that it would be a lot better by [the] Fourth of July, because we booked this concert a long time ago.

“Basically, [we] just want to stay safe. You know, we do take it serious, and we want to make sure that, you know, everybody is safe. We were just, you know, hoping for a good time, you know, [on] Fourth of July weekend.

“But it turned into being a big focal point on me, and it’s not about that. Anyway, happy Fourth of July, and hopefully by New Year’s this corona crap will have a cure. Come on! Go, ninja, go! We’re ready to go! Anyway, all the best, everybody.”

Early social media reactions to Vanilla Ice’s opting to cancel the show appear generally positive, though a small portion of fans are disappointed with the move.

“I’m glad that you are not [performing on the Fourth]. It is getting bad in Texas. Austin is currently #1 in Covid-19 cases. Stay safe!!!” wrote one Instagram supporter.