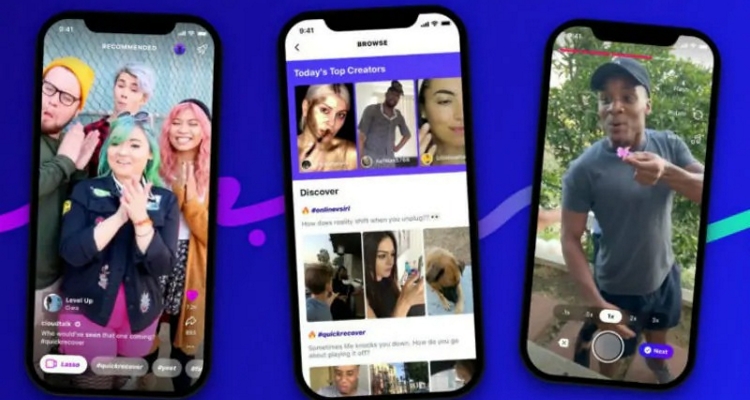 Facebook is shutting down its TikTok clone ‘Lasso’ on July 10.

The move comes after several TikTok-like features recently made their way to Instagram. A new ‘Reels’ feature grew in popularity in Brazil before being expanded elsewhere. Creators in France and Germany can now create 15-second clips called ‘Reels‘ that feature a suite of video-editing tools.

“An update: Lasso is shutting down on July 10. Go here to learn how to save your videos,” a mobile notification sent to users says. Facebook didn’t do much to promote the app in the limited countries where it launched.

The app allowed iOS and Android users to create 15-second lip-sync videos. It utilized Facebook’s vast music library of licensed songs – but the app never took off outside of Mexico. A Facebook spokesperson confirmed the shutdown in a statement to PCMag.

“We place multiple bets across our family of apps to test and learn how people want to express themselves. One of these tests was Lasso, our stand-alone short-form video app, which we decided to shut down and remove from all app stores on July 10,” the Facebook spokesperson says. “We thank everyone who shared their creativity and feedback with us, which we’ll look to incorporate in our other video experiences.”

To translate that statement into non-corporate speak, Facebook realized building a new app from scratch is hard. It’s much easier to copy existing innovative features and add them to your already popular apps with an established user base.

Facebook is notorious about that, copying Snapchat’s ‘Stories’ feature and now TikTok videos as ‘Reels.’ One could argue that Facebook wholesale copied Twitch’s monetization method with its new Fan Subscriptions and Stars currency. Facebook even copied Zoom’s meteoric growth during the pandemic with its new Rooms group chat concept.

Lasso isn’t even the only copycat app that Facebook is killing off this month.

The Pinterest rip-off Hobbi will also shut down alongside Lasso on July 10. Hobbi never broke 10,000 downloads in the few months that it was available. Users were sent the same notification that Lasso users saw about its impending demise. Hobbi mimicked many Pinterest features, such as board organization for personal projects.

“We expect to have to shut down apps when they’re not catching on,” a Facebook spokesperson says about the Hobbi shut down. “But we also hope to learn from these experiments to build better, more interesting apps in the future.”