What Does a Socially Distanced Music Festival Look Like? Planning Underway In Northern Ireland 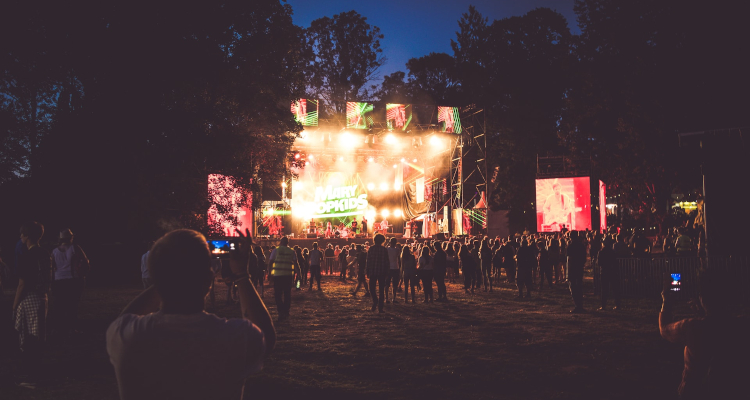 The organizers behind Northern Ireland’s Stendhal Festival are spearheading the socially distant music festival initiative, which has been dubbed “Unlocked.”

Currently scheduled to take place across two weekends and four total days – August 21st and 22nd as well as the 28th and the 29th – Unlocked, like Stendhal Festival proper, is set to occur on Limavady, Northern Ireland’s Ballymully Cottage Farm.

Organizers hope to safely accommodate somewhere between 500 and 1000 attendees per day at their volunteer-operated function, and predictably, comprehensive social distancing measures will be enforced across the approximately 25-acre festival grounds.

To be sure, Stendhal higher-ups intend to strictly limit the festival’s camping plots to two members of the same party, while volunteers will place overnight guests under “constant review” to assure that they’re not violating the rule.

Unlocked will also require its passholders to complete pre-entry temperature checks, and spaces throughout the venue (likely including the audience area, vendor lines, and more) will feature distance markers to encourage social distancing.

Additionally, Unlocked plans to prohibit guests from bringing their own alcoholic beverages because “social distancing while inebriated is difficult.” Nevertheless, fans will have the opportunity to purchase six to eight drinks per day from onsite vendors, with each attendee’s adult-beverage total governed and monitored by a “daily allowance ticket.”

Plus, the three-stage festival will only admit guests aged 21 years or older due to the perceived difficulty associated with getting children to follow social distancing guidelines.

And in a final testament to the depth of the Stendhal Festival’s desire to limit the spread of COVID-19 at their event, staff will disinfect the toilet area between each use, and guests are strongly encouraged to bring their own toilet paper.

Unlocked’s first weekend will feature artists including Ryan McMullan and Joshua Burnside, and tickets are slated to go on sale tomorrow, July 4th.

In announcing and detailing the socially distant music festival, organizers emphasized that the function’s occurring is dependent upon government approval and a continued decrease in the prevalence of the novel coronavirus. Data and current policy appear encouraging on this front; the United Kingdom’s COVID-19 case count has dropped substantially since April, and just 4,880 of the nation’s over 300,000 diagnoses are attributable to Northern Ireland specifically.

Accordingly, Northern Ireland government officials have rolled back many of the lockdown measures implemented during the onset of the pandemic in March and April – including by approving “outdoor concerts on restricted basis” and reducing the recommended social distancing space from two meters to one meter (about 3.3 feet) late last month.