After TikTok Ban, Instagram Launches ‘Reels’ Competitor in India — Is America Next? 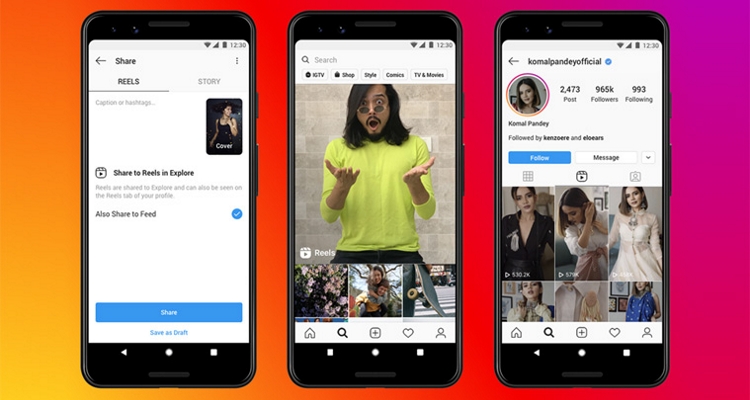 The new feature allows Instagram users to share short-form videos – much like TikTok. It fills a huge void that ByteDance estimates will cost TikTok $6 billion in the long run. 45% of videos on Instagram are already fifteen seconds or less, so the move to short-form video editing isn’t hard.

“We also realized that Stories are not the only place where they wanted to share these videos, as they wanted them to stick on for longer and be distributed beyond their followers,” Facebook VP of Product, Vishal Shah, says.

Now users can shoot video and add filters or licensed music from Instagram’s licensed music catalog. The Reels will appear in Explore, helping them go viral and reach more than just followers. It’s the exact same model TikTok has used to grow its massive subscriber base.

Instagram users can open the camera and select Reels to create their first 15-second video. Users can choose audio from the Instagram music library, change the speed, add effects, use a timer, and add text. Instagram users can choose to share their Reels privately among friends, or with a broader audience. Reels shared with the Explore page can be viewed by anyone on the platform.

The Reels editor allows multiple 15-second videos to be stitched together to tell small visual stories. Reels can be reviewed, deleted, and re-recorded if required. Instagram is working with popular content creators in India to help populate Reels with content. The test is rolling out with content from Ammy Virk, Gippy Grewal, Arjun Kanungo, Radhika Bangia, RJ Abhinav, and Indrani Biswas.

Despite the TikTok ban in India, Instagram Reels in India is facing an uphill battle against local apps.

Rivals like Chingari, Mitron, Moj, and Roposo have grown exponentially since the ban. Most TikTok creators are moving to Instagram because of its international audience, however. And Instagram Reels will likely experiment with monetization options similar to TikTok.

For example, stickers and emojis could be bought in micro-transactions to support creators. Facebook just launched something similar with its stars and subscriptions for fan pages.

Meanwhile, the rush is on to fill the void in a country where 1.3 billion people live. India’s growing population is a major target for digital companies, especially as tensions with China heat up. Facebook may have missed the chance to buy TikTok back in 2018, but it won’t miss its chance to topple TikTok in 2020 – if it can.