Rebeat Says Music Distribution Is Out of Date. But What Does ‘Distribution 2.0’ Look Like? 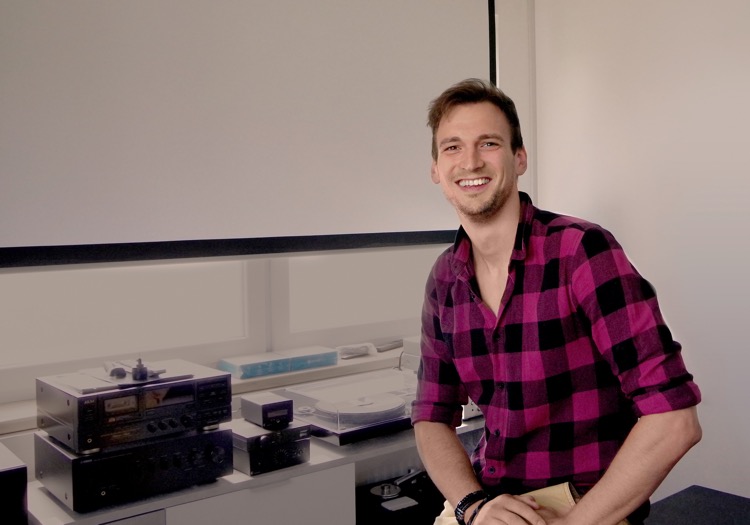 Digital music distribution is sometimes dismissed as a simple task — even by music industry executives themselves. It’s just a matter of getting music files from point A to point B, with the obligatory metadata and royalty-tracking sprinkled on top.

Even Spotify fell for this trap: back in 2018, the company confidently launched its own music distribution service while taunting commission-charging middlemen like CD Baby. Just one problem: the actual details of running a distribution service are incredibly complex and expensive, and Spotify dropped out of the race once it realized that reality. Just 9 months later, Spotify’s grand plans were permanently shelved.

Meanwhile, the distribution space continued to soldier forward, on both the indie artist and label-focused B2B side. The latter area, one of the least sexy sectors of the industry, is arguably more complicated. Labels typically have catalogs that require complex distribution solutions, multi-territory treatment, mind-numbing royalty tracking, and the need to support a range of contact structures.  It’s as far from simple ‘a-to-b’ as you can get, though of course, solidly delivering music toward its digital service provider (DSP) endpoint (like Spotify, Apple Music, Amazon Music, and YouTube) matters more than ever.

But now that the music industry has solidified around a number of established streaming services and distributors, what does the next phase of music distribution look like?

According to Rebeat — based on the outskirts of Vienna, Austria in the quiet town of Tulln — the answer is a heady mix of royalty accounting, rights management, content promotion, performance analysis, and actual a-to-b distribution.

Rebeat execs like Chief Operating Officer Christoph Enzinger (pictured) and CEO Guenter Loibl have been quietly building out their vision for the next phase of music distribution. Think of it as ‘Distribution 2.0,’ though the company says they’re simply architecting an approach based on what clients are demanding.

“Nowadays, labels need so many different tools and services — distribution, accounting, promotion, analysis, and rights management,” Enzinger told DMN.  “They’re sometimes juggling multiple distributors for multiple territories — in my opinion, it’s a time-consuming mess. So one of our main goals is to combine as many tasks as possible into only one system.”

Rebeat started in physical distribution in the early-2000s, and has established a stronghold in Eastern Europe that is now spreading worldwide.

These days, the team is pushing its 2.0 concept forward with a feature called Matrix Pro, which tries to move beyond the traditional, single digital distributor model.  Instead, the company allows labels to administer dozens of territories, manage deals with separate streaming services, and handle distributor payments through one interface. The single-dashboard approach is designed to accommodate a serious level of complexity, with money flowing directly from the DSPs themselves back to record labels.

But Rebeat also manages relationships with other distributors that are handling the same catalog, while funneling data like play counts and royalty amounts into a consolidated dashboard.  It’s a clever idea, and one that allows centralized management across various territories and partners.

That plugs into a catalog- and royalty-management concept called ‘MES’ — short for ‘Music Enterprise Software’ — which Rebeat introduced several years ago.

That, more than anything, is where a serious ‘2.0’ solution comes into play. In total, it is estimated that a single, popular hit song can generate 900,000 distinct royalties, the totality of which has rarely been captured or recognized in a vast majority of cases. “We realized that the label that can wrap its arms around all those millions of royalty data points would win for its artists,” Loibl told us. “So we decided to build that for them.”

Meanwhile, Enzinger pointed to a dedicated cost accounting tier, which launched back in April.

The enhancement allows labels to allocate revenues and expenditures to a specified cost center, split revenues and expenses between contractual partners, and conduct the serious accounting required to analyze streaming returns.  It also includes snazzy PDF royalty statements and expense breakdowns, with the label’s name on the top.

Taking a step back, Rebeat is hoping the more detailed financial breakdowns will help labels better target their expenditures.  “This tool was welcomed by our big label partners with open arms,” Enzinger said.

Unlike more ‘traditional’ platforms like Apple Music, Spotify, and even YouTube, the newer platforms haven’t established recurring royalty payout systems or the ability to sell music online. Our sources have pointed to large upfront payments from platforms like Facebook to mega- labels like Universal Music Group, though nothing close to the per-stream payout mechanisms found on more established streaming platforms.

In many cases, there’s just the famous ‘free exposure’ for artists, though Rebeat is already helping its clients push content onto platforms like TikTok.  When real monetization comes, Rebeat will be layering that into its existing systems.

But amidst all the frenzy around TikTok, Instagram, and other surging platforms, Rebeat told us that one of its biggest differentiators was simply customer service.  Enzinger said it’s proven to be a huge competitive advantage, with a remote Tulln workforce simply offering more hands-on assistance than competitors.

Beyond that, the company has also experienced success offering out parts of its platform in a more modular way.  That includes partnerships with other distributors who need enhanced services like accounting, as well as more basic a-to-b distribution chores. “Some distributors only use our accounting system, but some also use Rebeat to actually distribute their products to the shops,” Enzinger shared.  The decentralized approach is a far cry from traditional music distribution, but likely a taste of the increased complexities ahead.